One block away from the White House stands a glorious hotel from yesteryear – The Willard. It was the perfect venue for my recent Chamber Magic tour in Washington DC. I presented four sold-out shows in the Peacock Lounge, and was extremely pleased with the audience reaction. Washington audiences are fun!

I was honored to welcome a notable guest to the show, Julian Bond, the Civil Rights Activist and direct student of Dr Martin Luther King Jr. 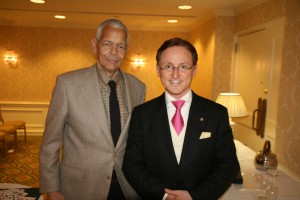 Mr. Bond was impressed to hear that Martin Luther King wrote his “I have a dream” speech at the Willard Hotel. In fact, the room that King stayed in when writing this speech is on the third floor, right down the hall from where I stayed. Attached to the door is an engraved bronze plaque that reads “Martin Luther King, Jr. Suite.” The room offers a great view of the Washington Monument from the living room window. 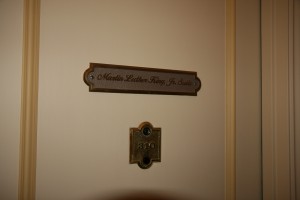 Here’s a photo of the room I performed in: 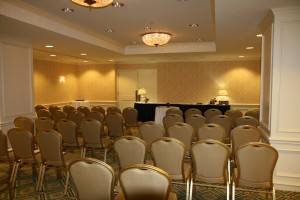 The hallway leading up to the showroom is called Peacock Alley, named after the same hallway at the original Waldorf-Astoria hotel in NYC: 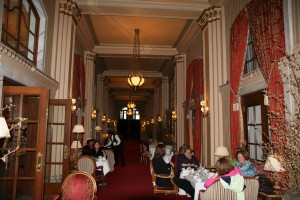 Like every other industry, magicians publish trade journals. My favorite is Genii Magazine, and I was delighted when editor-in-chief Richard Kaufman came to visit me at the Willard. 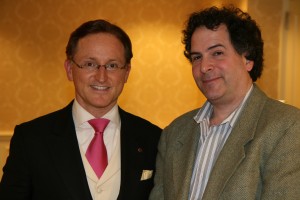 On the Genii Magazine online forum, Kaufman wrote a brief review: “It was indeed a truly tremendous show. In fact, I can’t remember that I’ve ever seen a show of parlor magic with a lay audience before. Even the small theater where Ricky Jay did 52 Assistants seemed considerably larger and theater-like. Steve really worked intimately with the crowd and performed many remarkable things that left Mrs. Genii speechless!”

Houdini and his wife Bess often stayed at the Willard when they were in Washington DC. Not far from the Willard is the National Theater, where The Great Wizard of the North, Alexander Herrmann, Robert Heller, Anna Eva Fay and Harry Kellar all performed. The building to the left of the National Theater is one of the sites of a Houdini “hanging straight jacket escape.”

Here are some snapshots of the Willard: 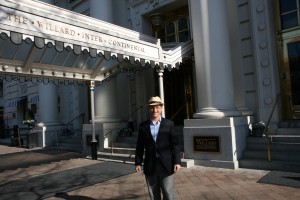 And the lobby, which is gorgeous. 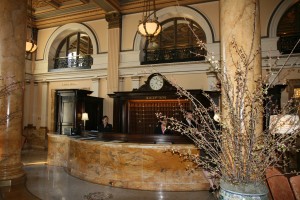 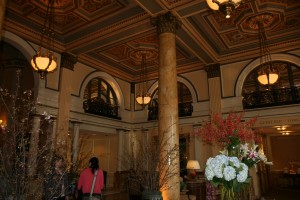 Since I’m an Eagle Scout, I searched out the Boy Scouts of America memorial in Washington. It’s located in walking distance to the Willard, and it reminded me of my boyhood in Troop 174. 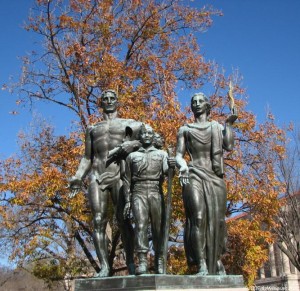 On my drive back from Washington, I stopped off at the Denny and Lee Magic Studio in Baltimore, MD. Denny moved the shop to a large warehouse, and it is an amazing facility. If you’re driving through Baltimore and you like magic, I recommend a trip to Denny Haney’s store. He is one of the best brick-and-mortar magic shops left in our business, and needs the support of all magic enthusiasts.