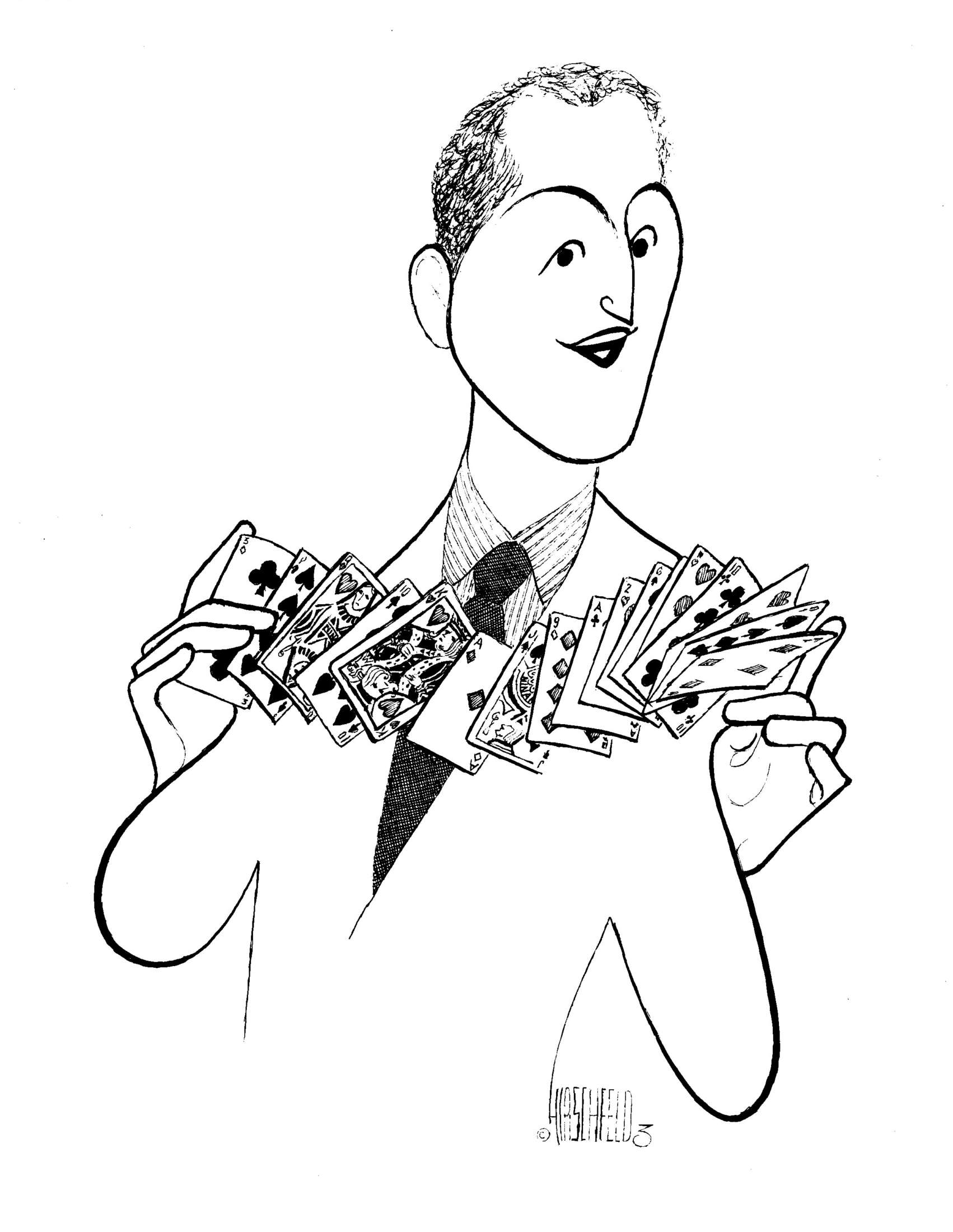 I have fond memories of Sunday mornings as a boy, searching the Arts page of the NY Times for the “Nina’s” hidden in Al Hirschfeld’s illustrations. It was a clever game of hide-and-go-seek, since Hirschfeld hid his daughter’s name so well, and in such whimsically obscure spots – in the folds of a coat sleeve, a feather’s bristles, somebody’s sideburns, or the ashes at the end of a lit cigar.

“Can you find all the Nina’s?“

I remember my first Al Hirschfeld drawing. It was his illustration of magician Harry Blackstone, Jr.  A budding magician myself, my parents drove us to West Point Military Academy in 1981 to see his full-evening show on the stage of the Eisenhower Hall theater. As memorable as the show was (a lightbulb floated out, illuminated, over the heads of the audience!), equally memorable was the playbill.

There on its cover was Blackstone, captured by Hirschfeld’s pen, five Nina’s hidden away in a pigeon’s tailfeathers. There were just enough pen strokes in the drawing to capture the essence of the subject, no more and no less. As I write this, it reminds me of my high school English teacher who said that the Red Badge of Courage contained precisely the number of words necessary to deem it a great American novel, no more and no less. Hirschfeld’s illustration of Blackstone did the same sort of thing, but with lines.

I became fascinated by Hirschfeld’s work, and over the years have been collecting both originals, lithographs, and gicleé prints by Hirschfeld. The crowning glory was when, in 2000, Hirschfeld did an illustration of me. 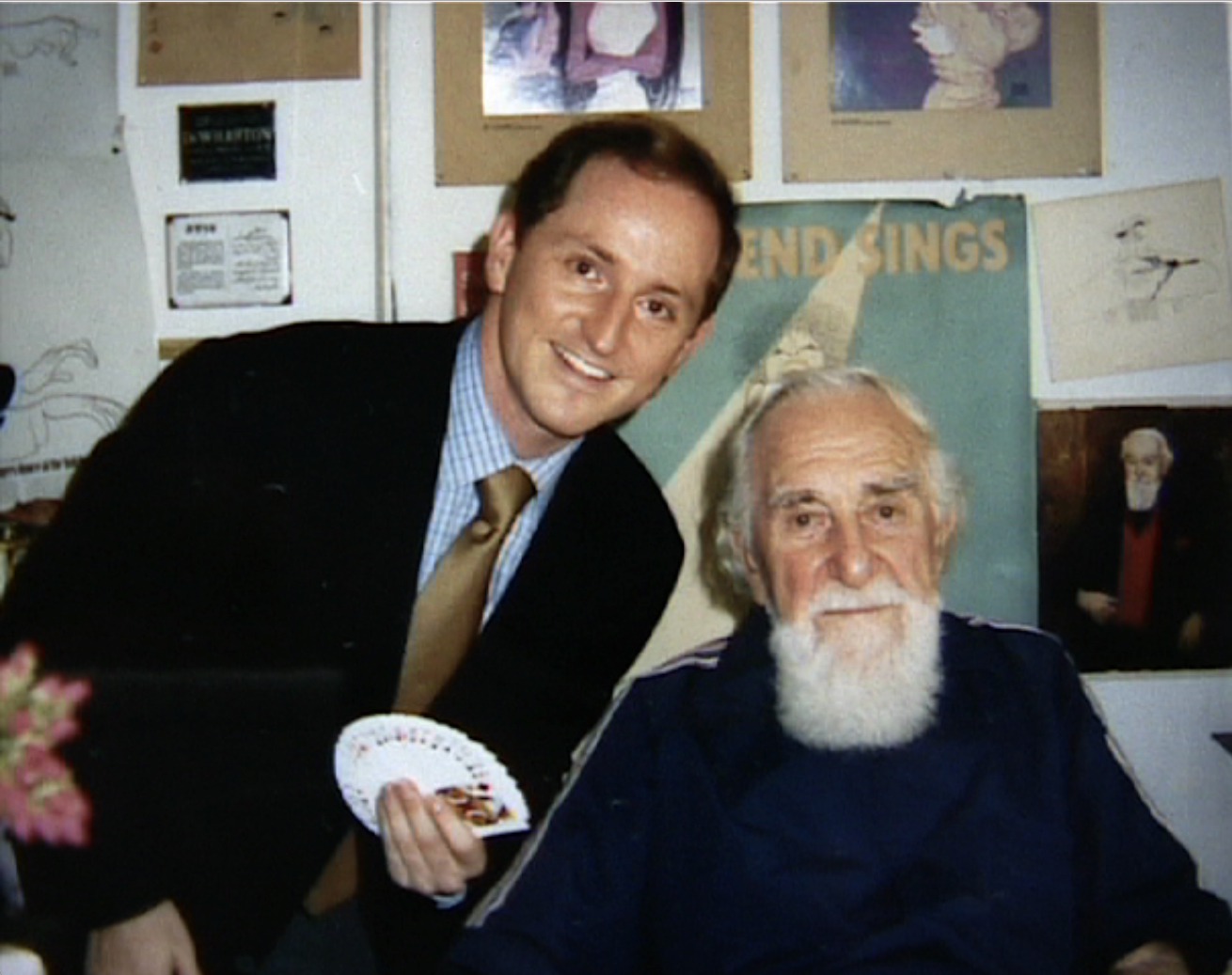 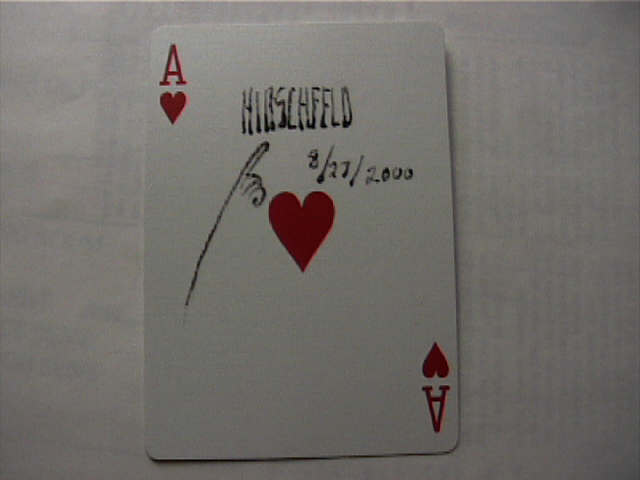 What an honor – I’ll explain the whole experience in another blog post, including the unveiling at Margo Feiden’s gallery on Madison Avenue (she’s since moved to a townhouse downtown).

What I’d like to do here is record every magician that Hirschfeld drew, to my knowledge. Some are professional magicians, some are amateurs. Some I have scans of, and others I don’t.

THANKS TO READERS OF THIS BLOG. 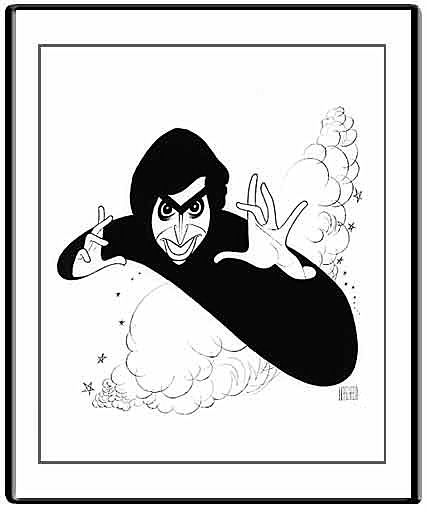 David didn’t like the original Hirschfeld illustration for his Broadway show “Dreams and Nightmares” (pictured above) so he commissioned Hirschfeld to create another one: 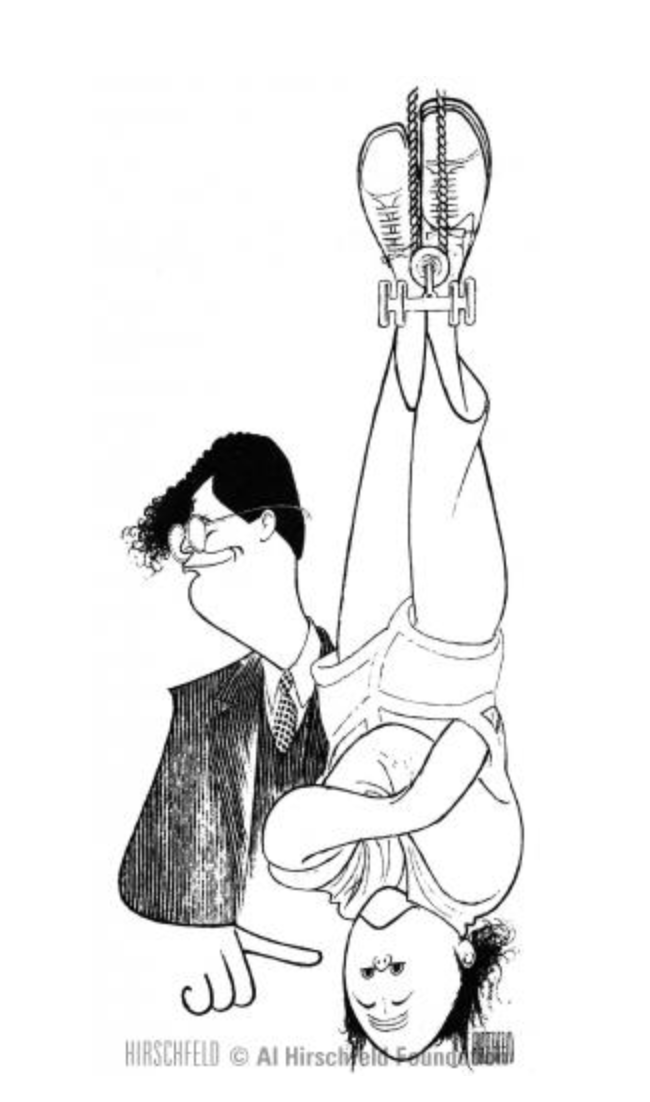 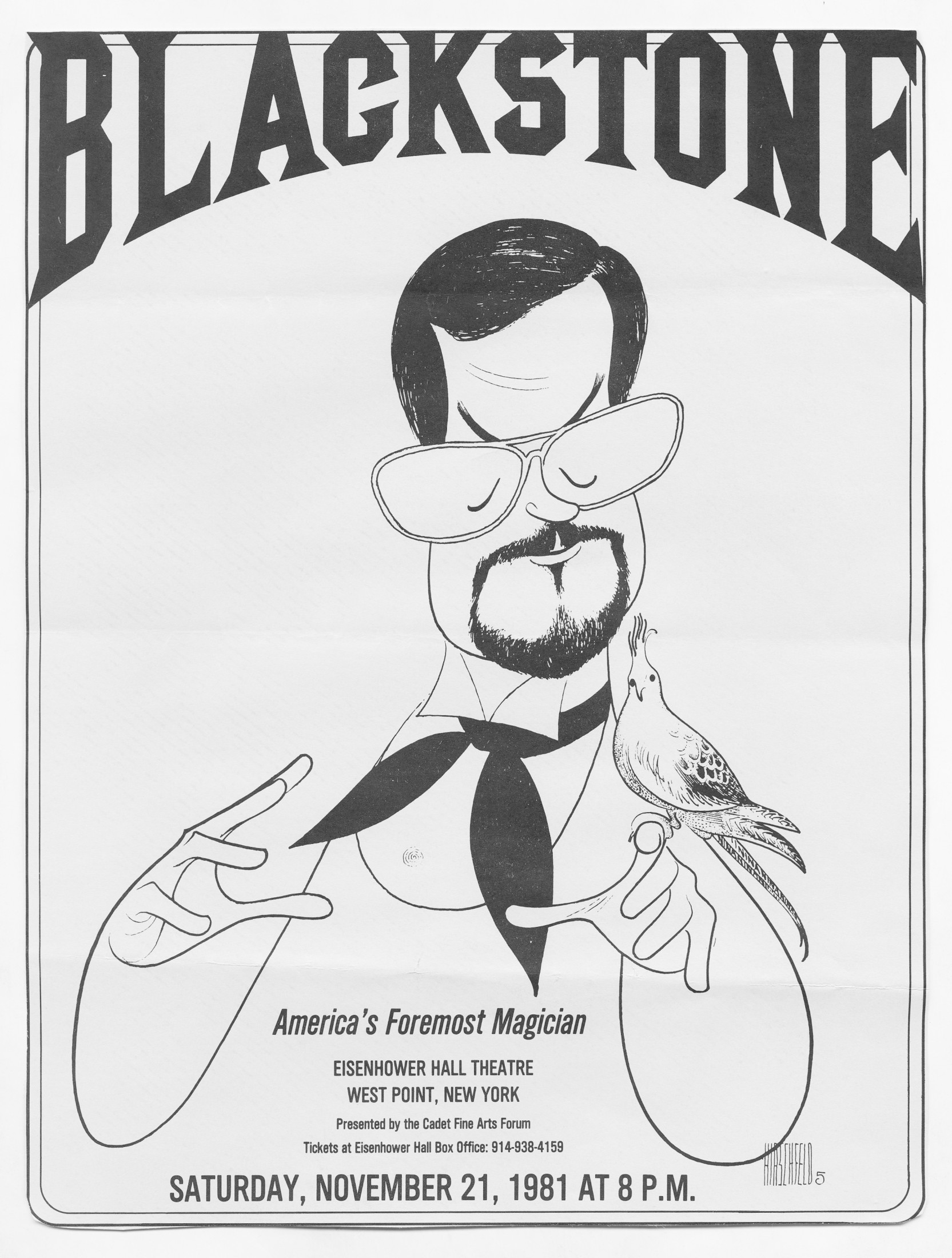 Doug Henning, in The Magic Show 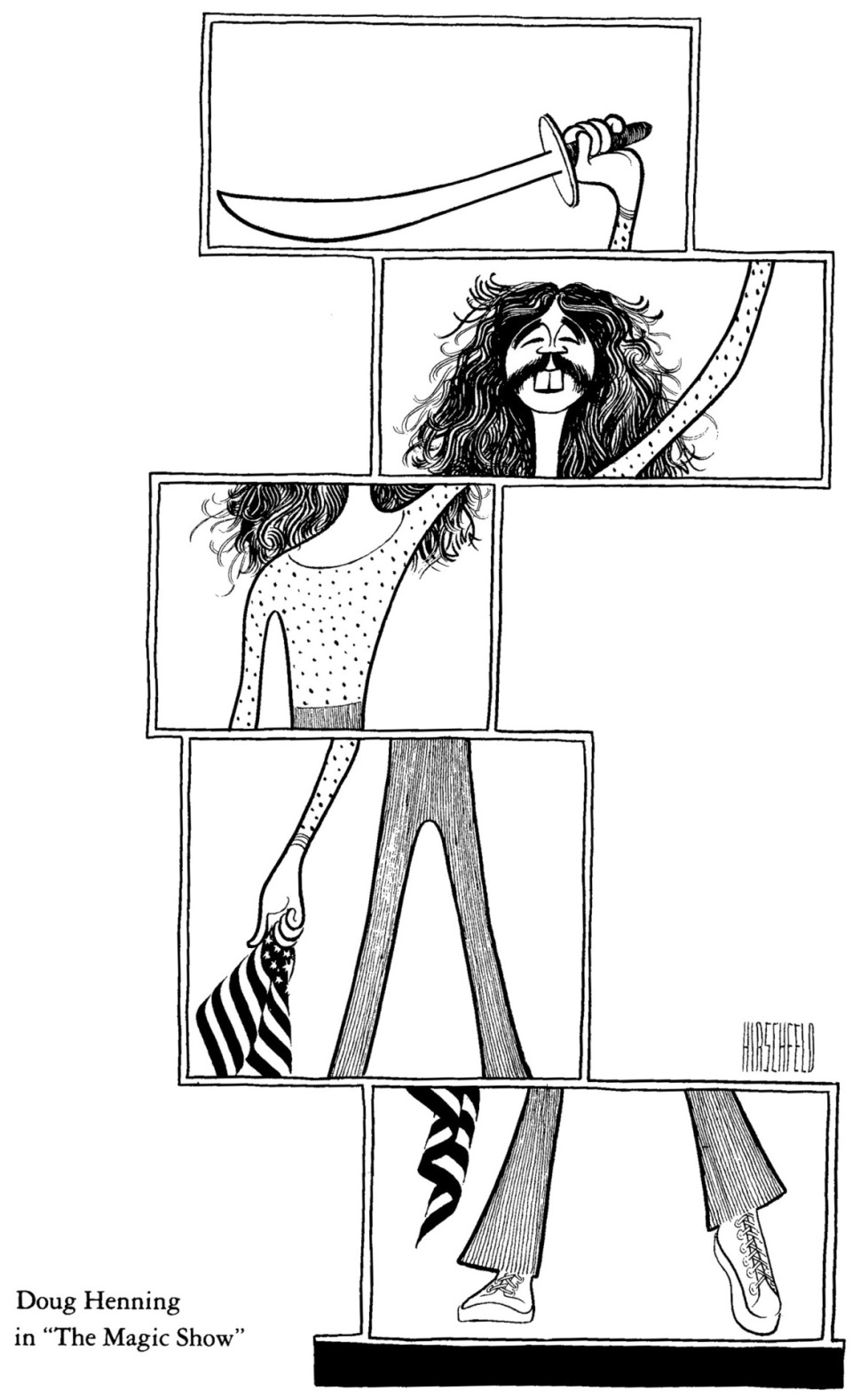 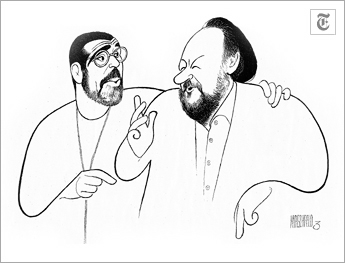 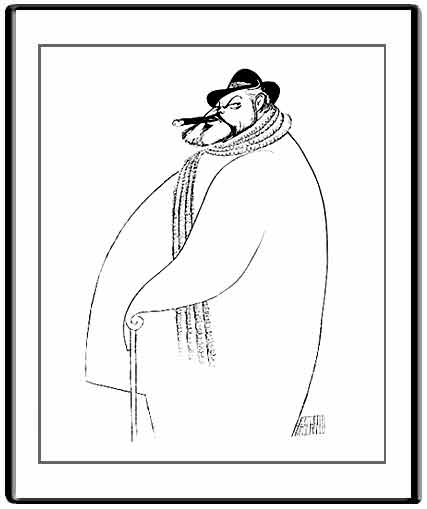 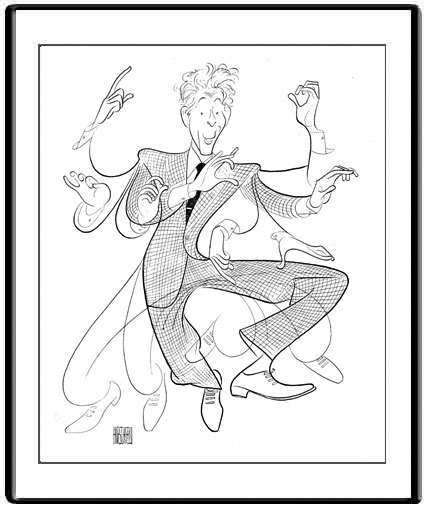 Cary Grant (on board of directors of the Magic Castle, Hollywood, CA) 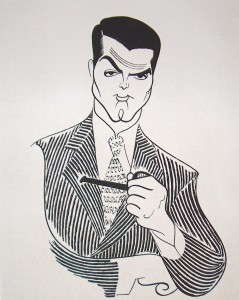 Johnny Carson (known as the Great Carsoni, early in his career) 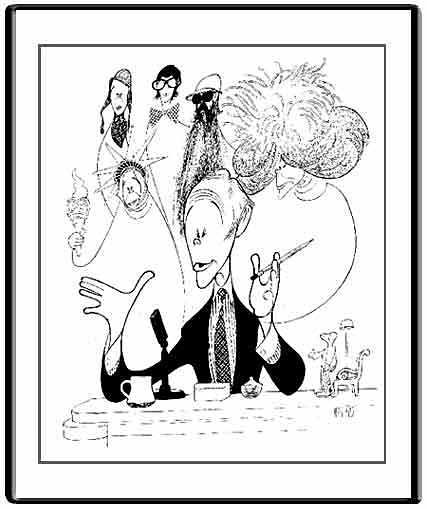 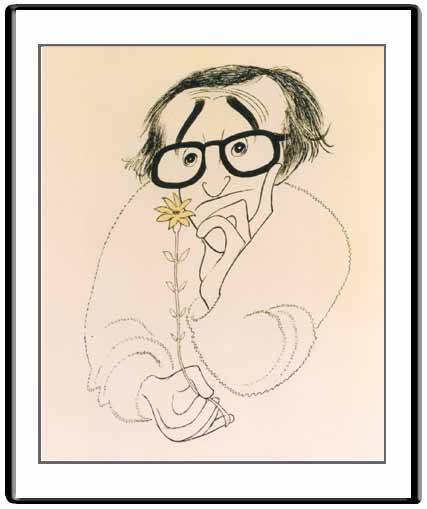 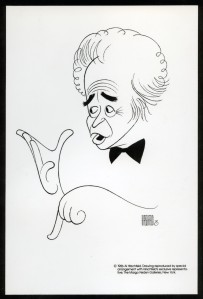 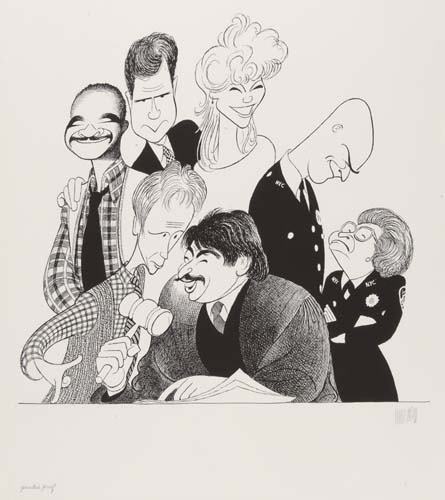 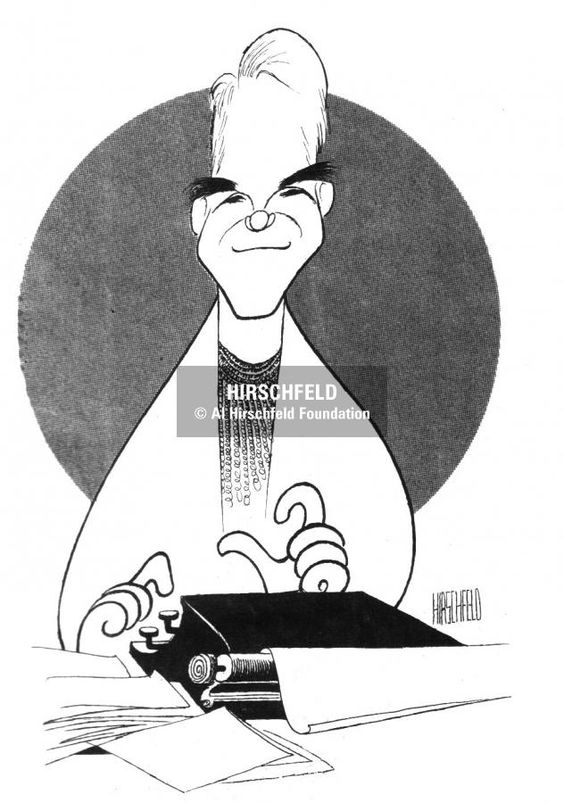 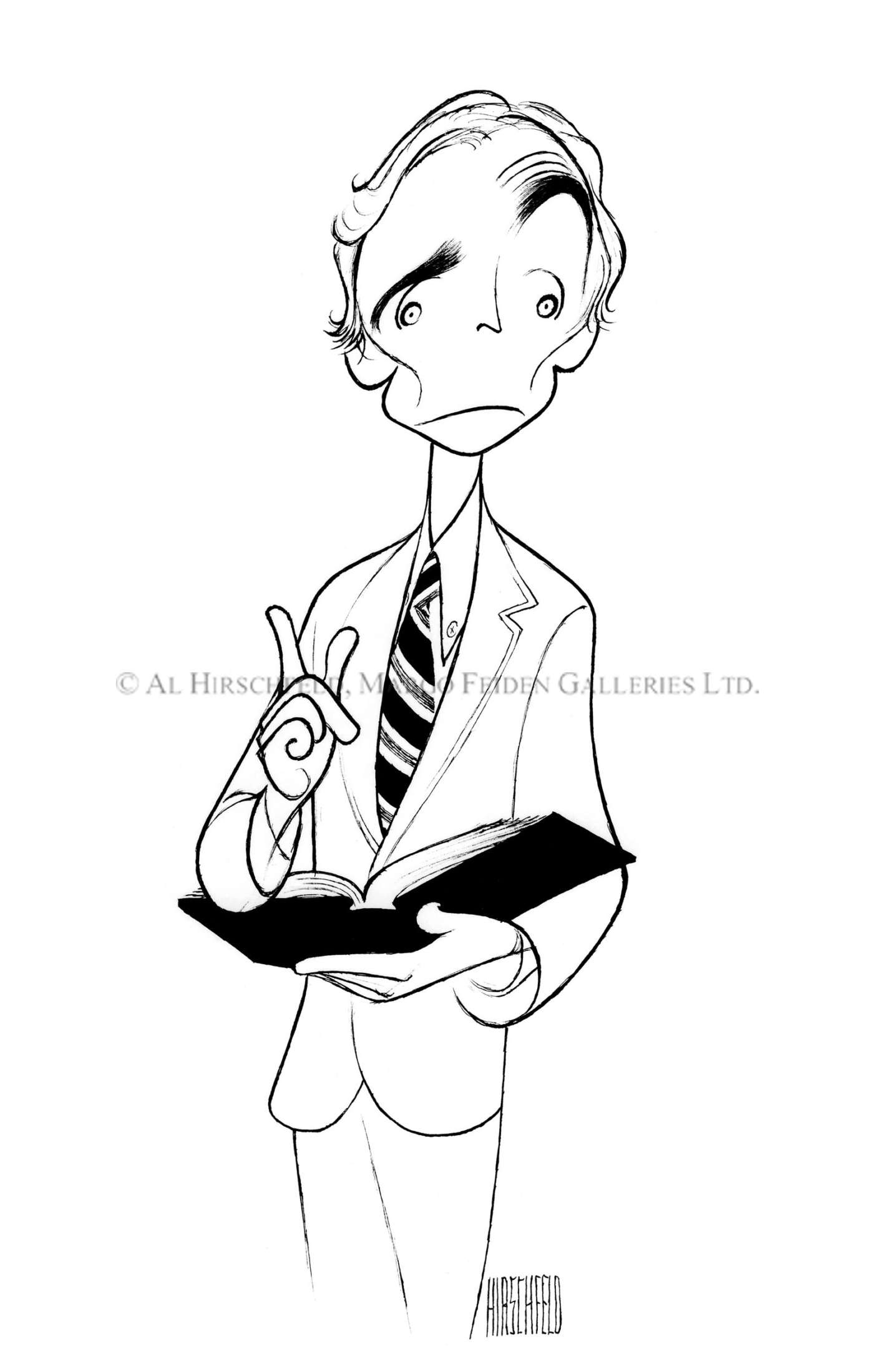 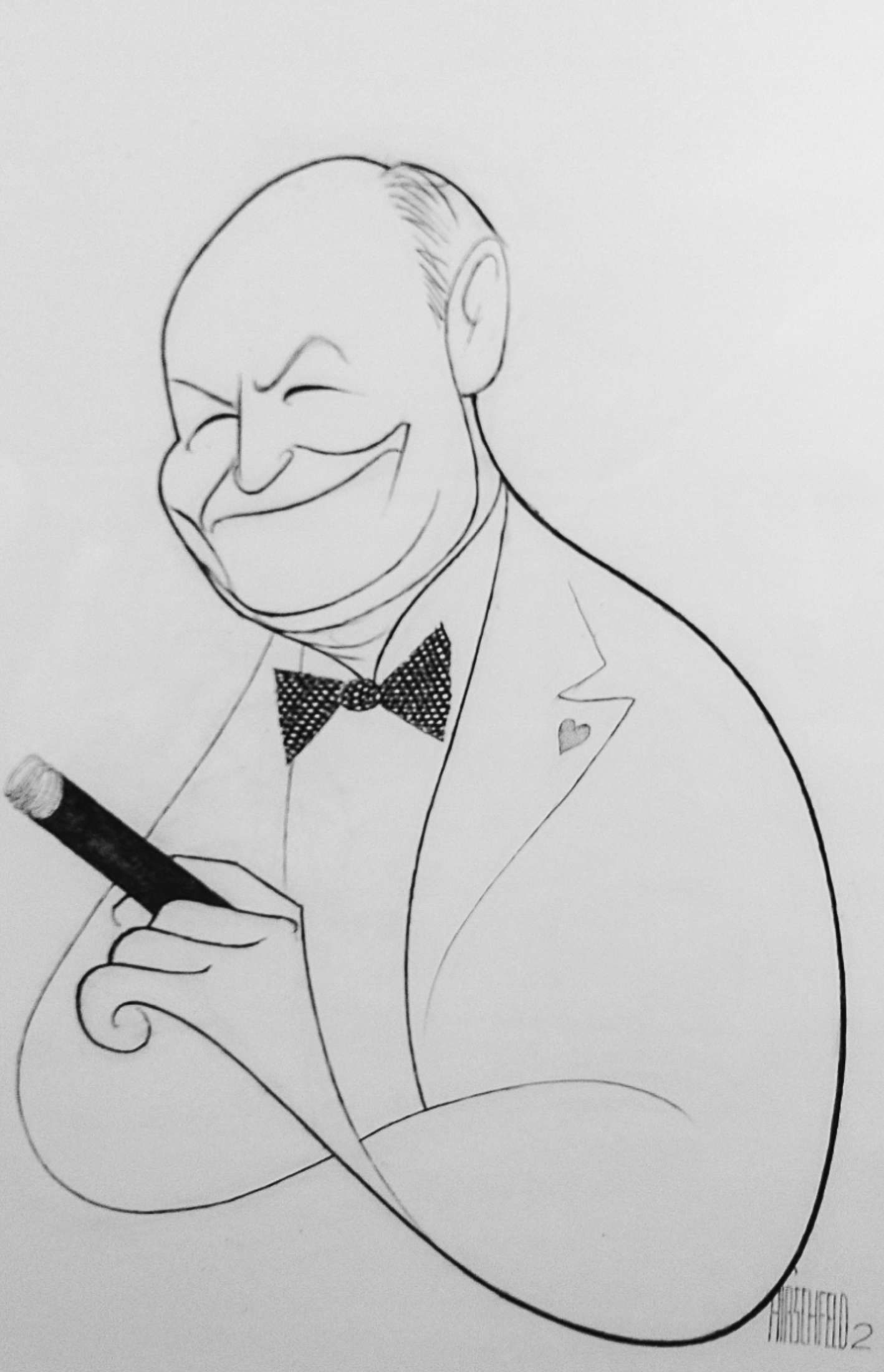 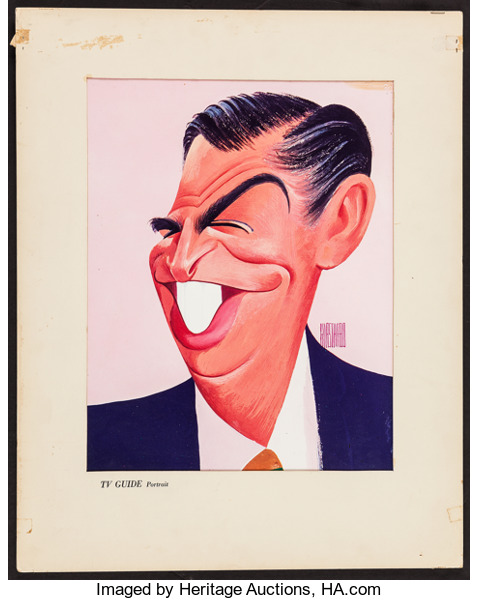 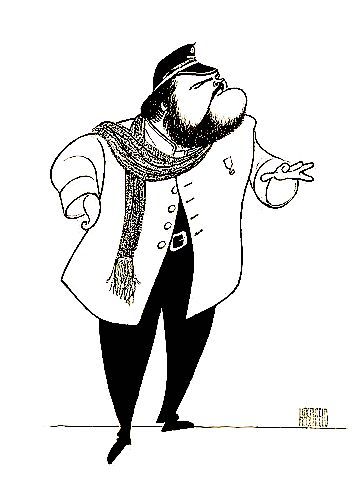 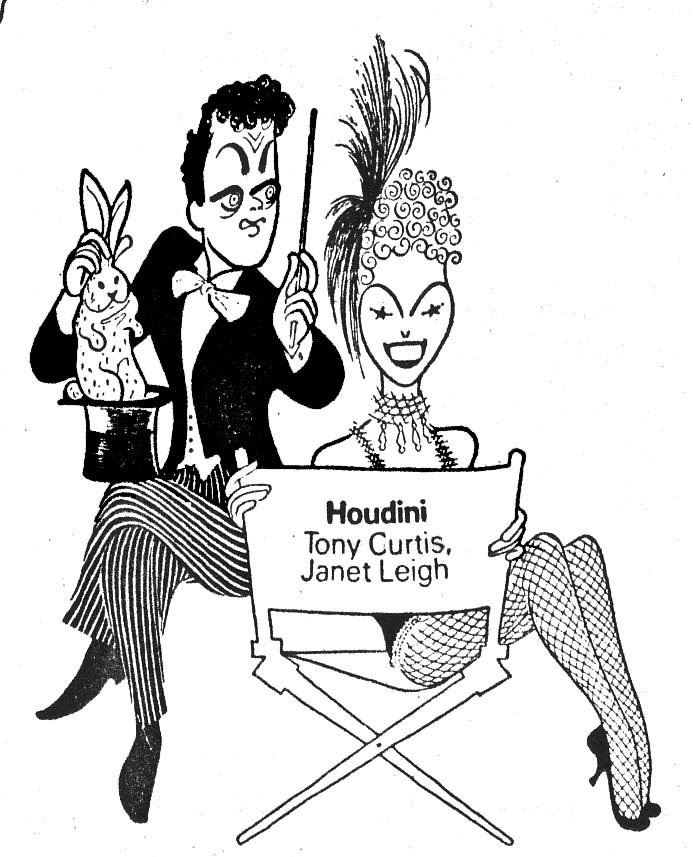 Ray Bolger, as a bumbling magician 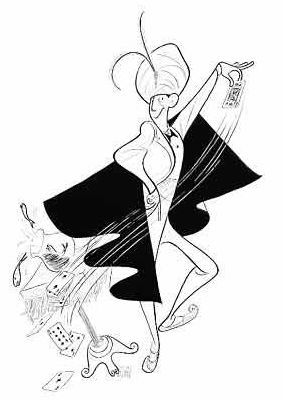 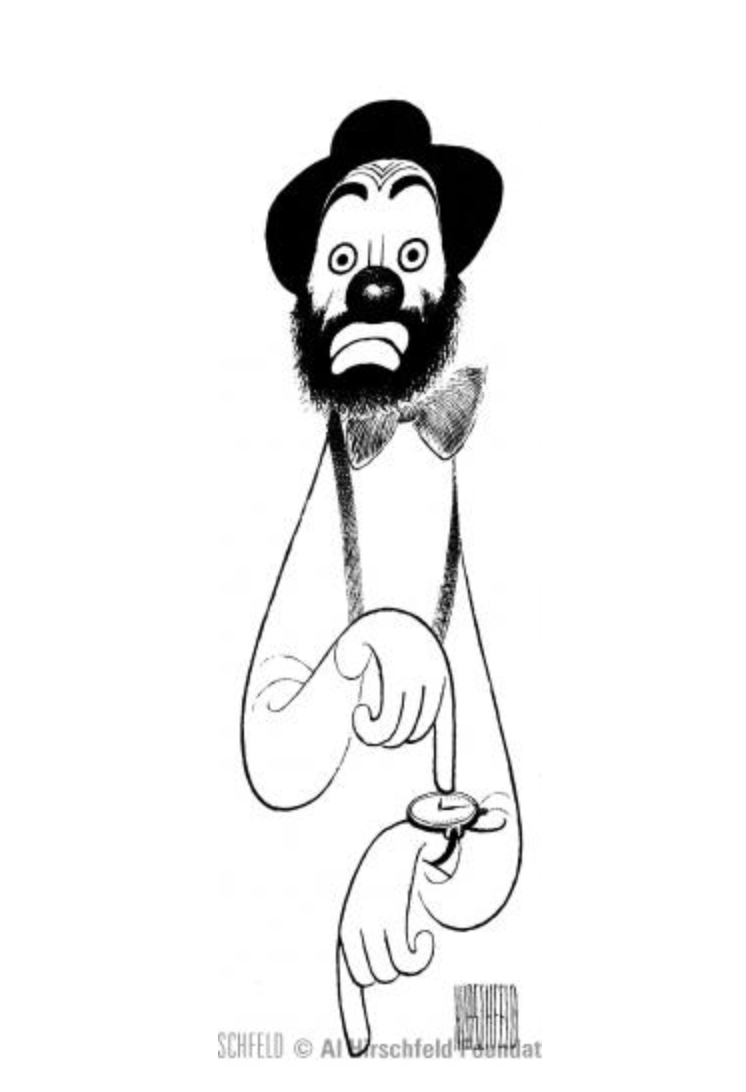 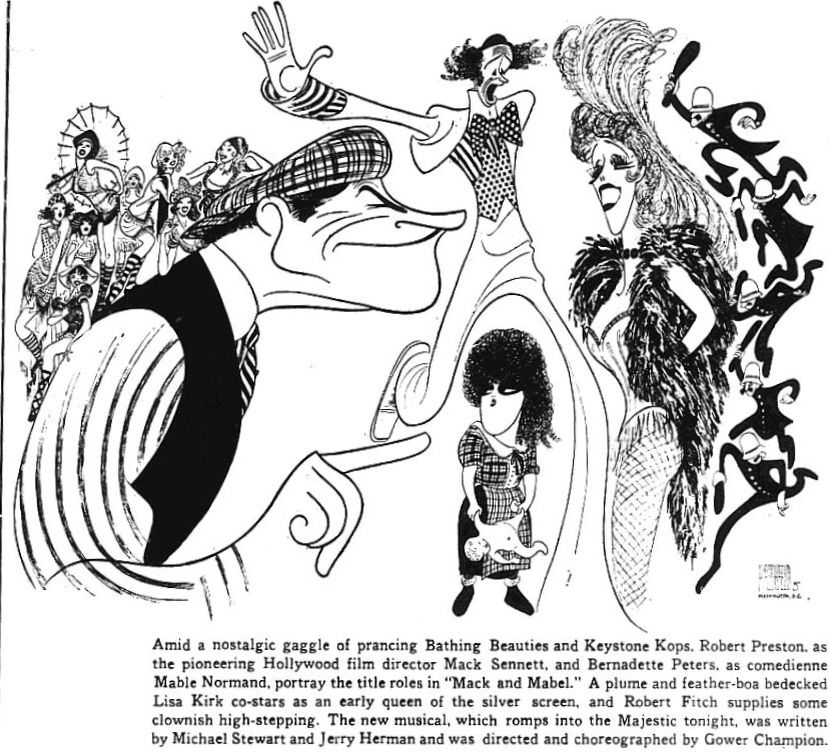 Jason Alexander, with cast of Seinfeld 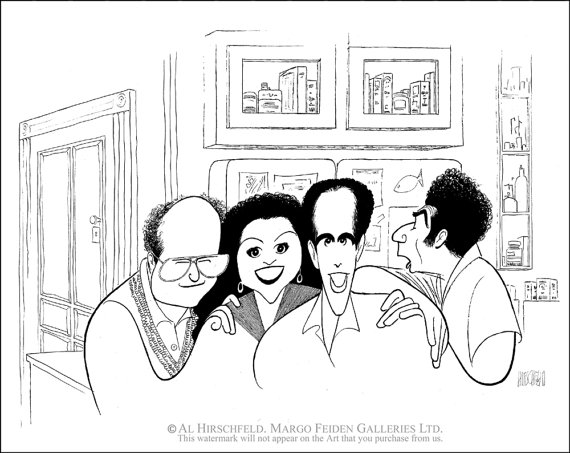 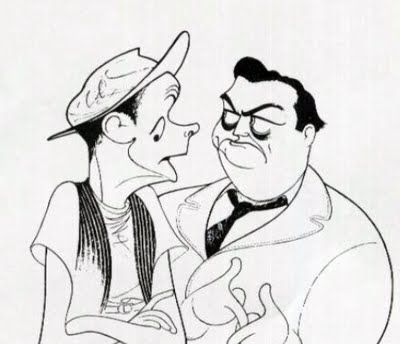 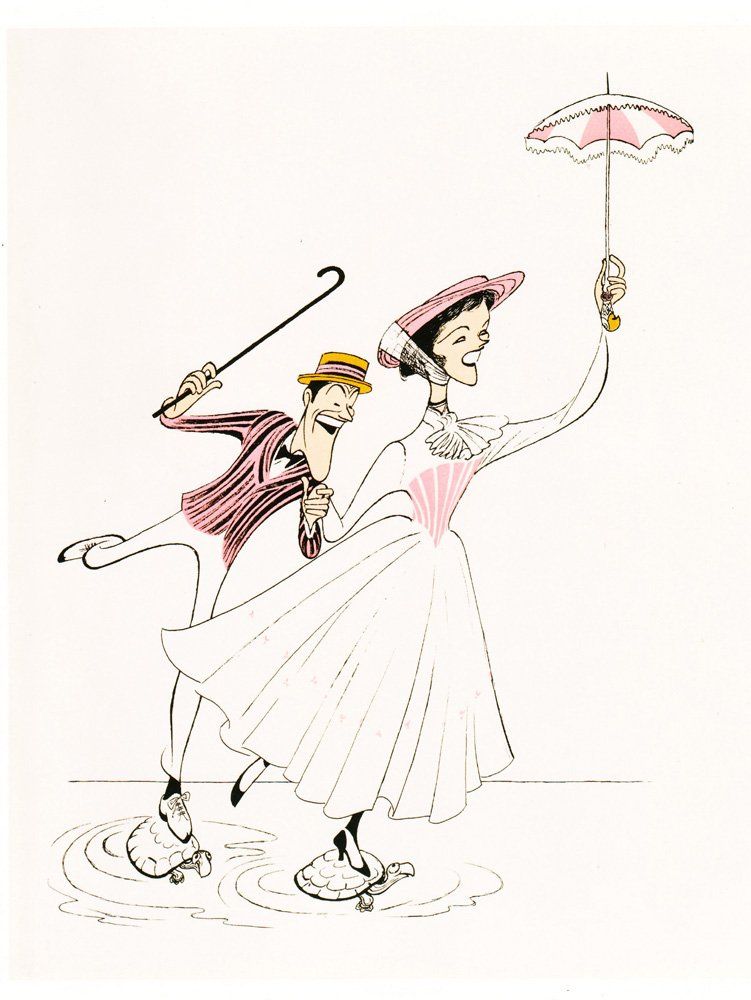 If you know of others, please contact me. My goal is to list every known magic-related Hirschfeld illustration.