Welcome to MAGIC MENTOR MONDAY. In this weekly series, I introduce you to my magic mentors – people who have inspired me to become a better magician. Each Monday you’ll meet someone who has offered advice, or acted by example, to help steer my career.

Some of these people are alive, others no longer with us. Some are famous, others not so much. The beauty of mentorship is that you don’t necessarily have to meet your mentor face-to-face, nor even live during the same time in history. Many of the people who motivated me were alive a century before I was born! By reading classic books, old newspapers, and magazine articles, I’ve tracked down stories about their lives and work that continue to inspire me to become a better entertainer.

My “big three” mentors are Max Malini, Johann Nepomuk Hofzinser, and Jean Eugene Robert-Houdin. Each of these giants will be featured in coming weeks. You’ll also read about more contemporary figures like Harry Lorayne and Albert Goshman, non-magicians Danny Kaye and Sammy Davis, Jr. and even fictional characters like Willy Wonka.

How do mentors inspire? They set examples, helping us imagine how we too might solve a particular problem. By seeing the world through a mentor’s lens, we can learn more about them, and about ourselves, at the same time.

This week we’ll focus on one of my favorite figures in the world of magic: 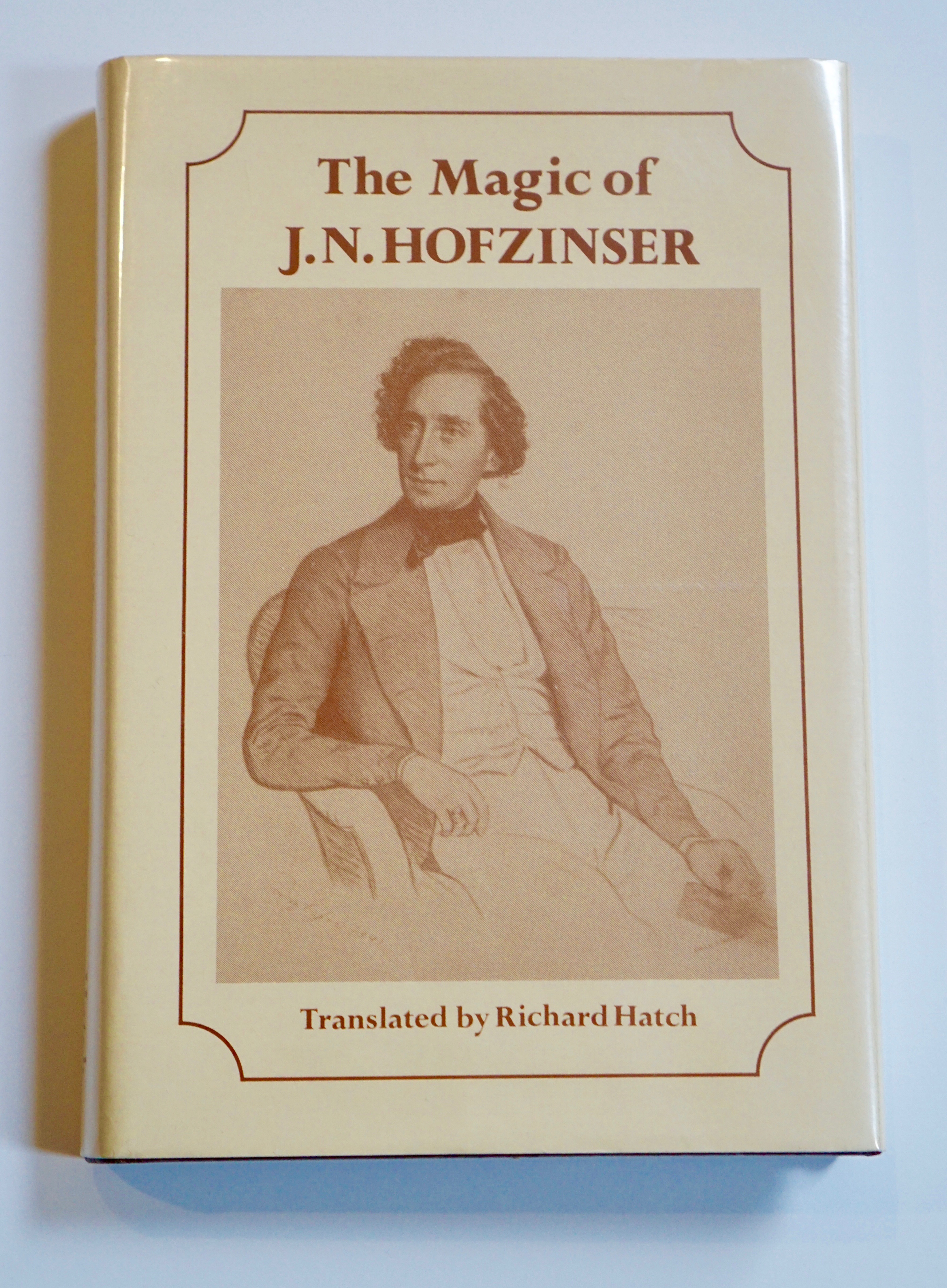 Johann Nepomuk Hofzinser, a man of culture and refinement, was delicate in physique but a giant in intellectual strength. For most of his life, he wasn’t a professional magician–he was a civil servant in the Austrian government who worked in the Ministry of Finance. But Hofzinser loved magic and wanted to launch a public show in Vienna.

The trouble was, he did small magic, with cards and coins and other props that couldn’t be seen from a distance. He also had a relatively thin voice, so it was hard to hear him in an auditorium. He decided that, given his strengths, a perfect place to perform would be in a salon.

Beginning at least two hundred years ago, members of European high society would gather at night in cultured settings, called salons, where they could discuss art, literature, philosophy, and politics. Salons were hugely popular, and their popularity wasn’t lost on Hofzinser.

He called his salon show “An Hour of Deception: A Performance in the Field of Higher Magic,” and charged Broadway ticket prices. He held the show numerous times a week. His wife, Wilhemena, opened with a telepathy routine, and Hofzinser himself performed the remainder of the show. He did sublime card magic and apparatus magic, including the cups and balls. At the end of his cups and balls routine, he lifted the cups and produced small bird cages, each with a live canary inside.

“An Hour of Deception” began in 1857, and ran for eleven years. By the time the run was over, the name “Hofzinser” had become synonymous in Vienna with “magic.” He didn’t build his reputation performing big shows. He built it by doing magic in an intimate, elegant and unexpected setting. 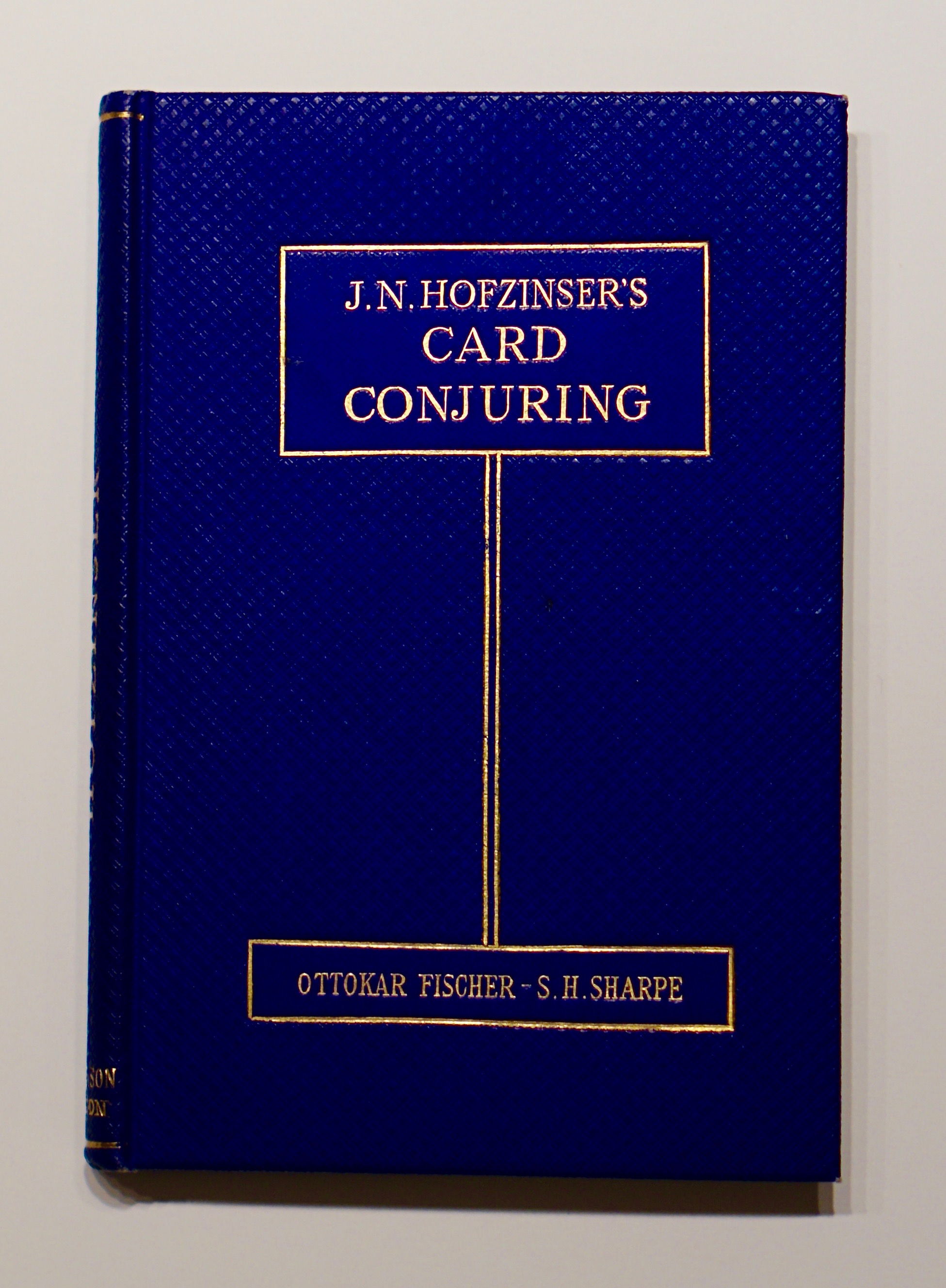 It’s Friday night in Vienna. You’ve taken your date to Hofzinser’s salon located at Wollzeile 38. It’s a splendid atmosphere, with paintings, including a portrait of Hofzinser himself, in gold plated frames. The room is lit by gaslight, and a few rows of plush armchairs face front. Hofzinser starts the show with a clever comedy routine, in the manner of Johnny Carson or David Letterman, tossing out timely political humor with gentle jabs at elected officials. Finally it’s time for magic, and he is a master in his element.

Hofzinser turns to a married woman in the front row and requests the ring from her finger. As she removes the ring, he displays to the audience a crystal goblet filled with a cloudy, brackish fluid. He calls it “water from the fountain of love.” This dark water will turn crystal clear, he claims, upon contacting a wedding ring worn in true love and sincerity. Hofzinser tosses the woman’s wedding ring into the murky water, and covers the goblet with a cloth. After a few seconds, he removes the cloth and shows that the liquid has turned as clear as water. Several goldfish are swimming in the water! Hofzinser explains something that sounds impossible: one of the fish has the borrowed wedding ring in its mouth. He uses a small net to scoop out the fish, and brings it to the lady so she can remove the ring herself.

Hofzinser turns his attention to a deck of cards. He calls card magic “the poetry of magic.” To begin, he writes something onto a piece of paper, folds it and hands it to a lady. He picks up the deck of cards, and deals them singly onto the table until someone commands him to stop. That pile of cards sits isolated on the table. Hofzinser spreads the remaining deck to the audience, and invites four people to each select one card randomly. Now for the climax: the four random cards are all Tens, the number of cards in the dealt pile is ten, and when the lady unfolds the paper she is holding she reads “You will say STOP at exactly ten cards!”

I hope that you can appreciate from these written descriptions how extraordinarily brilliant these tricks are. He had dozens more, equally impressive in their construction, and beautifully scripted to capture both the heart and mind. 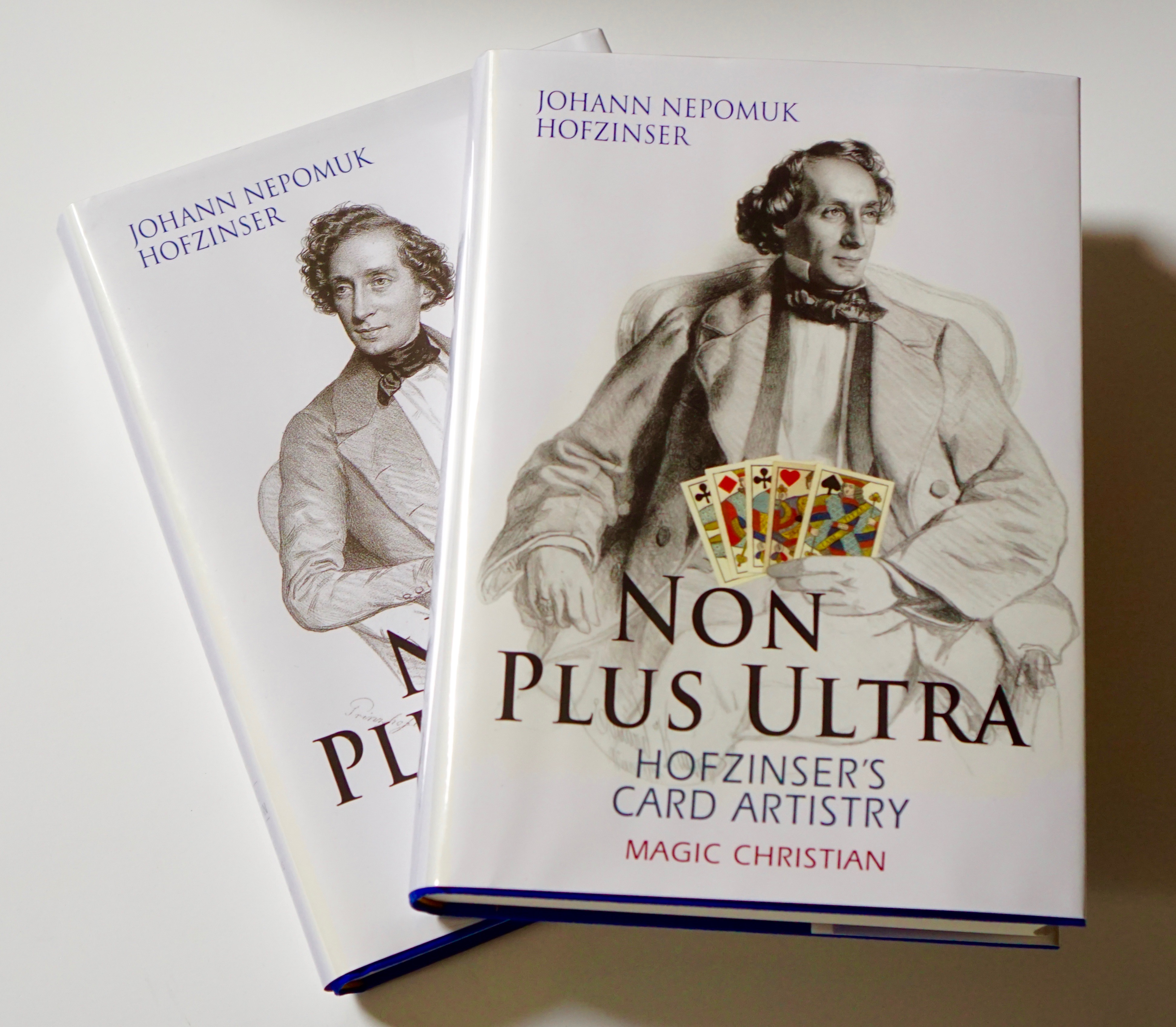 What lessons have I learned from J.N. Hofzinser?

HOST EVENTS IN YOUR OWN VENUE

Hofzinser created an institution in his own town. Even when the lease was up and he had to move his salon to a new building (this happened five times during his career!), his audiences moved with him. By creating a fixed show, people knew that he existed, and they knew where to find him. Instead of going to the audience, he invited the audience to come to him.

In this way, Hofzinser positioned himself as the authority in his field. His show became an ongoing part of the local culture and he worked on his own terms.

No matter what business you are in, think of a way to create your own events, and invite people to visit. Your event can be a wine tasting, an industry meet-up, or the chance to meet a guest speaker. People will view you differently when you are the host because they are coming into your space. After producing your own events repeatedly, you’ll build up a following and people will anticipate the next one. This is an excellent way to build customer loyalty. 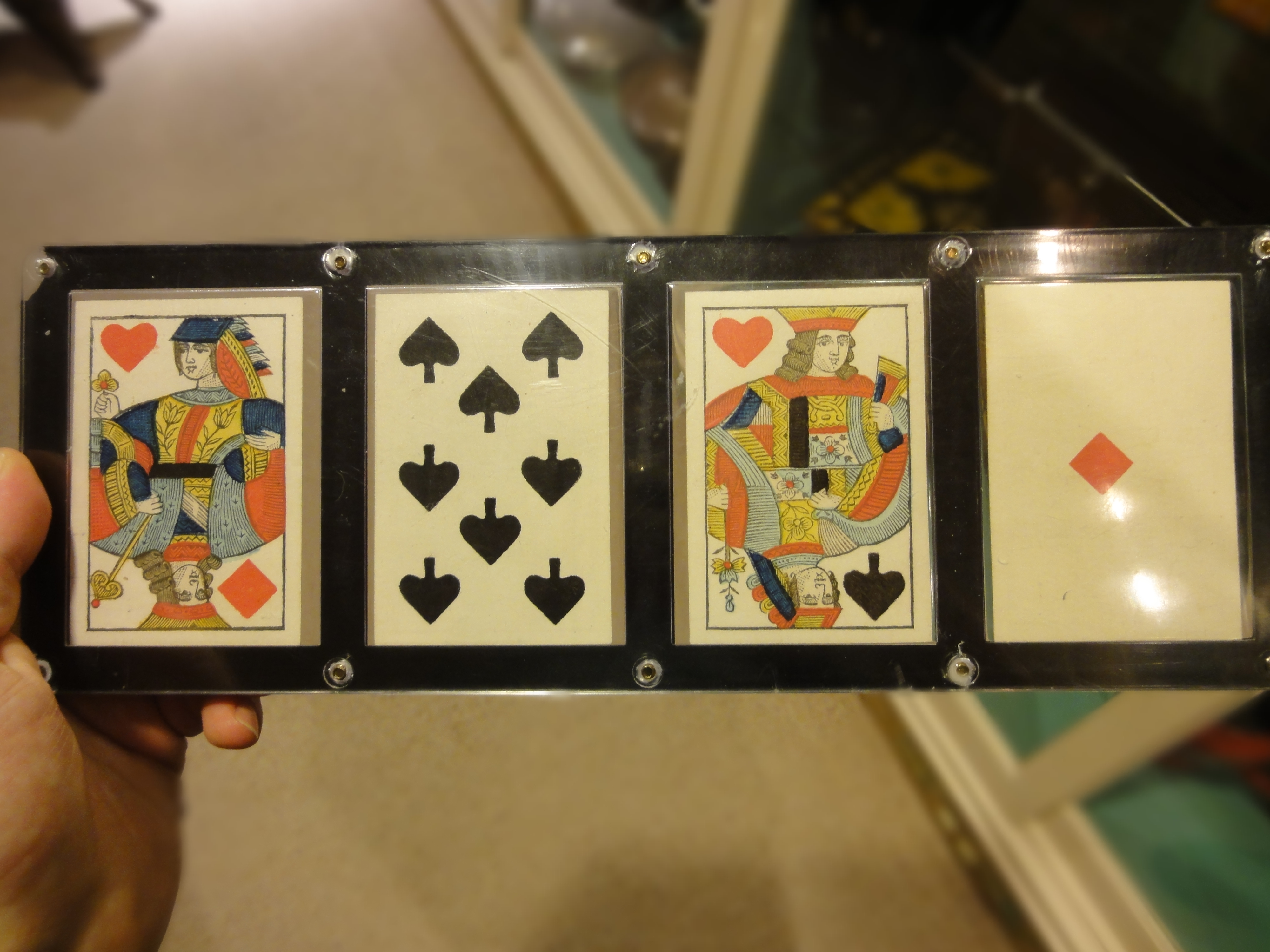 Hofzinser was a master magician who invented and refined dozens of revolutionary ideas still used by magicians today. He is credited with techniques that were at least 50 years ahead of his time.

It’s easy to call someone as prolific as Hofzinser a master, but what does that word mean? In my opinion, a true master is someone who doesn’t consider himself an expert, but instead is willing to keep learning and experimenting. Though Hofzinser was a well-known figure in Viennese circles, he was an amateur in spirit, meaning he didn’t simply rely on what he could do well, but continued to learn and grow as a professional. Even when he was performing four nights per week, he never stopped developing new material, and clever ways to present it.

Some of the most talented magicians I’ve met are amateurs who spend their time practicing to perfect their technique and delivery. Innovation requires time, a resource that professional magicians may not have because they are focused on securing work. By applying their energies toward marketing and self-promotion, they may have less time to practice and master their craft.

My advice, based on Hofzinser’s example, is don’t stagnate, even if you’re successful in your career. And never stop expanding your knowledge and expertise: study profoundly, understand thoroughly, and execute skillfully. 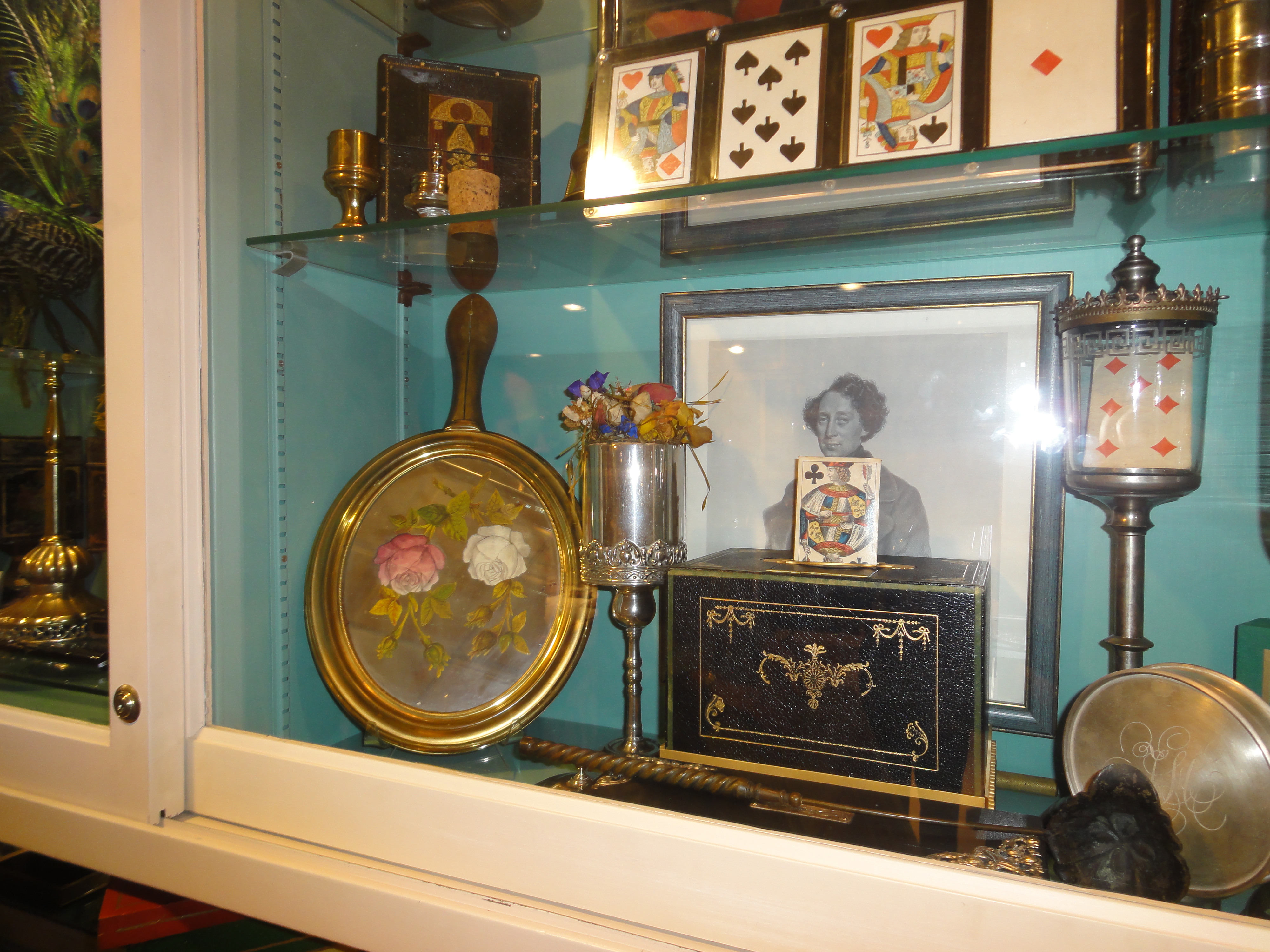 Time moved more slowly in the nineteenth century. If you sent someone a handwritten letter, you might wait weeks for a response. People had more patience because they had no choice. Neither the telephone nor the airplane had yet been invented, so there was no expectation for immediate results.

Attention spans were undoubtedly longer too. Hofzinser recited original long-form poetry, written in flowerly language, while performing his magic, and his audiences listened raptly to each verse. By today’s standards, his act would feel slow, but it was just right in the nineteenth century.

Although our brains have become rewired to expect and process short, 140-character units of communication, I’ve found, after 15 years of performing Chamber Magic, that people still retain the capacity to pay attention for extended periods of time. In my 90-minute show, I perform ten tricks, each lasting about nine minutes. This runs counter to YouTube magic tricks that last all of thirty seconds.

I don’t talk particularly slowly, but I do speak deliberately to ensure that the audience receives all the necessary speaking points. My friend took cello lessons from a well-respected music instructor who offered excellent advice: if the music feels slow to you, then it’s just right for your audience. If the music feels just right to you, then it’s too fast for your audience.

The lesson here: slow down. Don’t rush. Just because people expect information to be short and snappy doesn’t mean that you have to deliver it that way. In fact, if you can engage them by appealing to their intellect and emotions, as Hofzinser did so skillfully, I guarantee they will pay attention to what you have to offer. 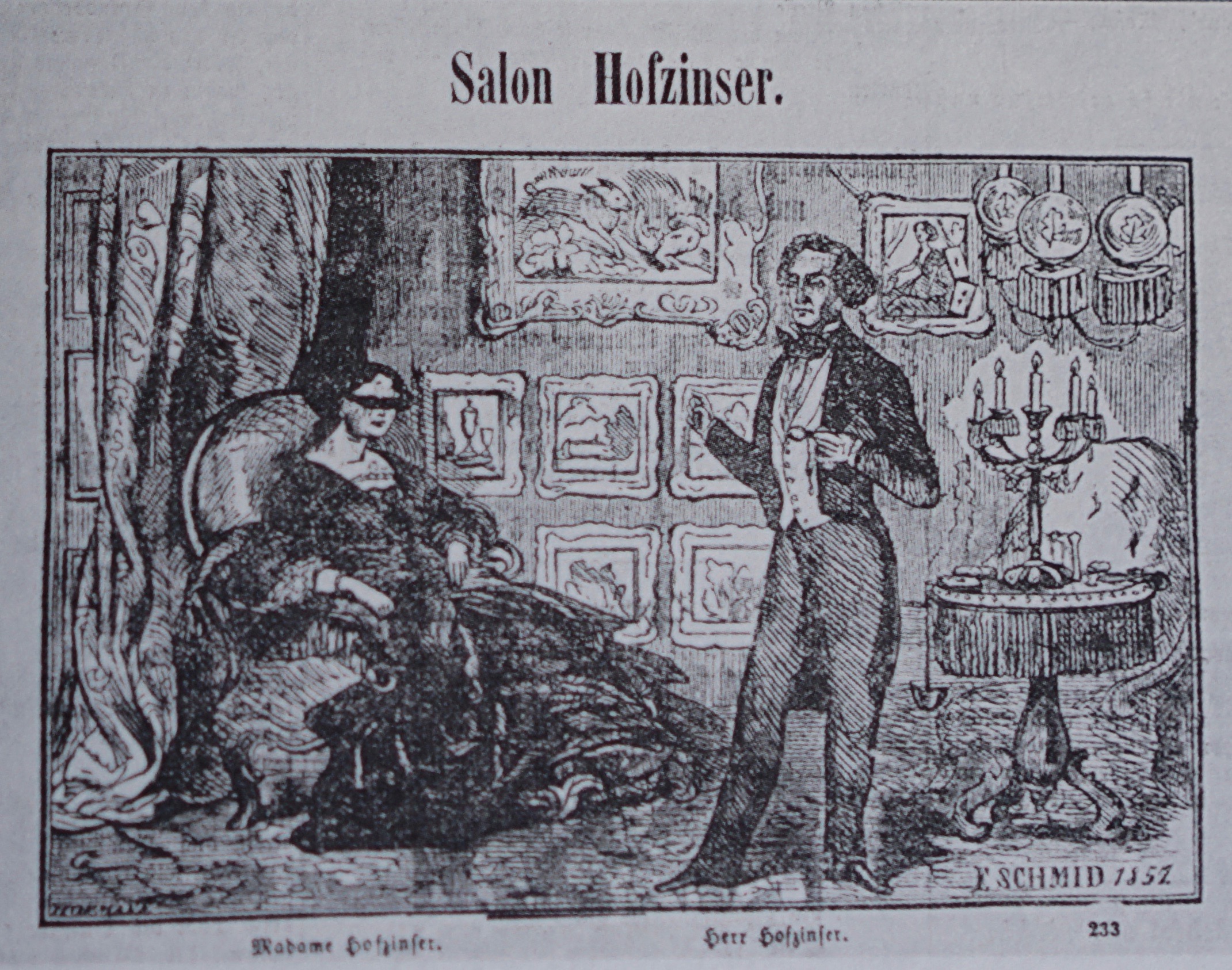 I have always had a deep appreciation for the work of Johann Hofzinser, and my life has taken a different course, thanks to his example. In 1999, I had a eureka moment during a daily stroll. Walking on the streets of Manhattan, I thought, “I don’t use big props, I don’t have a commanding voice, and I live in New York City,” which to my mind is a lot like 19th century Vienna, which was populated with artisans and intellectuals and modern-day nobility. So I thought, “Maybe I can stage my own salon as Hofzinser did.”

I launched the show the following year, and have since presented my homage to my mentor Hofzinser more than 4,000 times.

In 2006, I flew from New York to Vienna. I didn’t go there to visit the Opera House, the philharmonic, or Mozart’s grave. Instead, I went to thank Hofzinser in person: 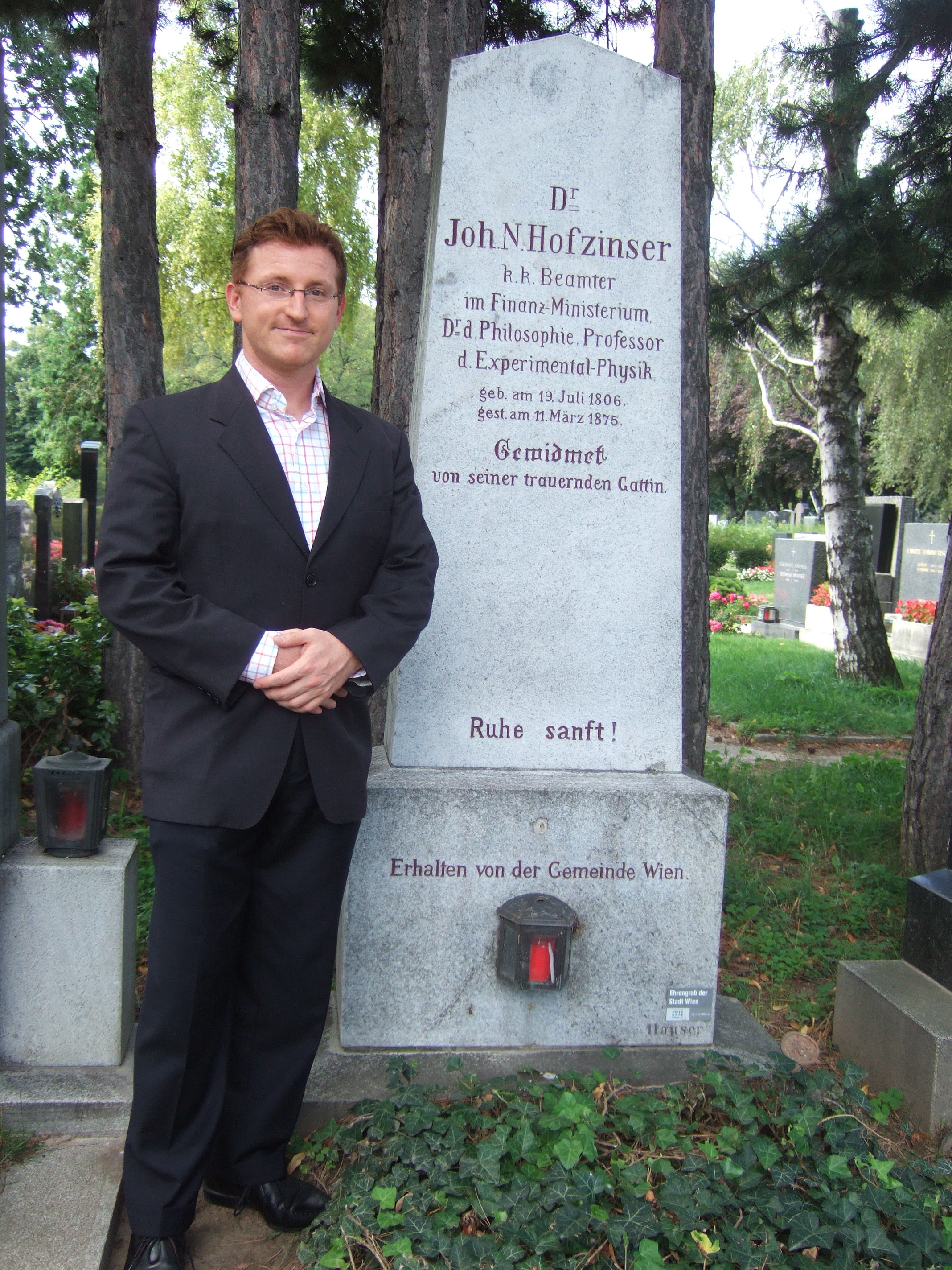 My visit in 2006 to the Zentralfriedhof cemetery in Vienna. Many thanks to Magic Christian for his assistance in locating the gravesite.

For further study, I recommend the following books and magazines.