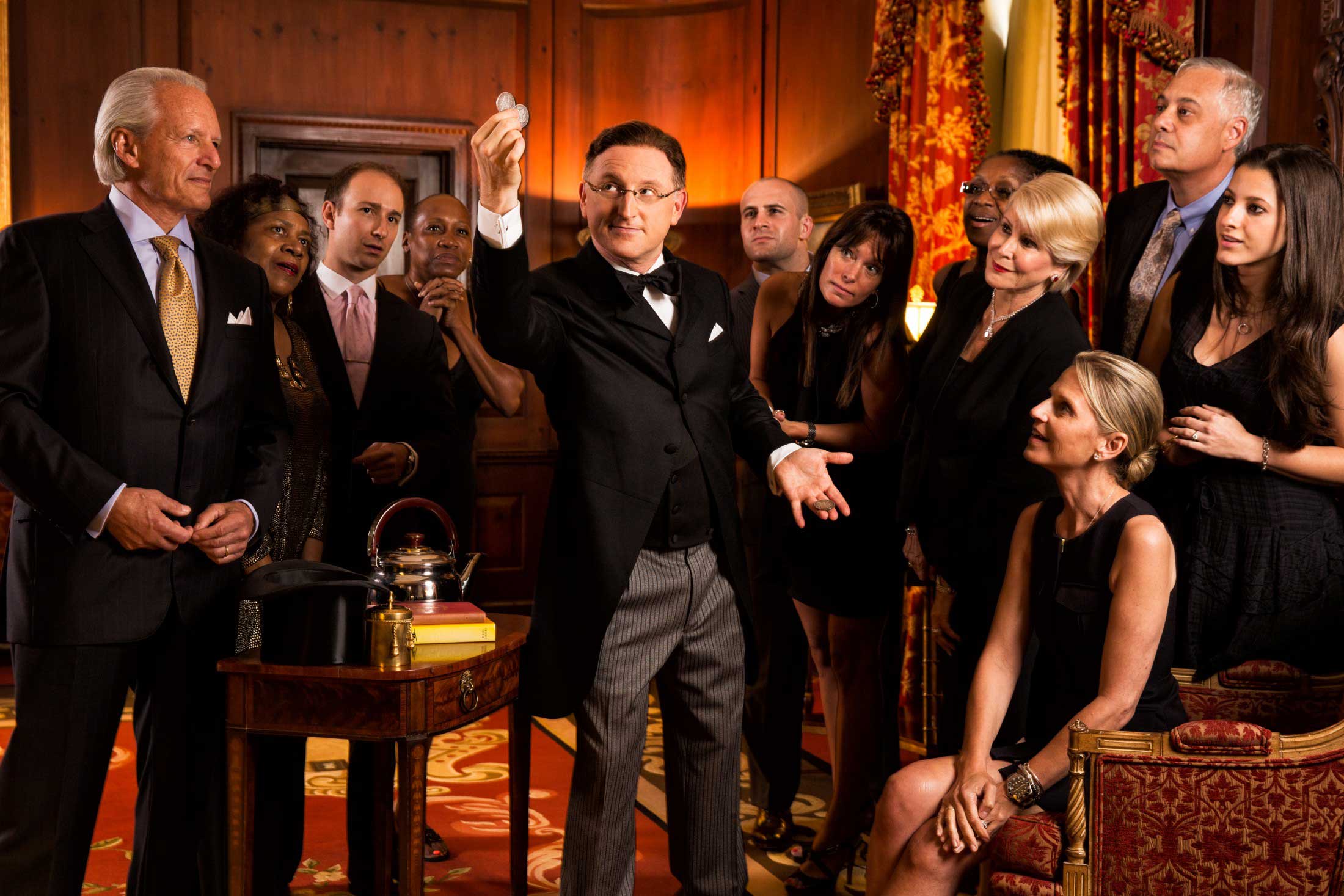 On a recent Saturday night at the Waldorf Astoria, a crowd of dressed-up New Yorkers and tourists watch in amazement as a man attempts increasingly daring tricks.

From a single teapot, magician Steve Cohen pours audience members’ favorite drinks (Vitamin water, an old-fashioned, a lemon drop and green juice) into glasses; he splits a single pen into two separate pens; he guesses the name of a U.S. city that a woman had written down and hidden on a bookshelf.

The crowd is so worked up that at one point, a woman yells out, “You should be on ‘America’s Got Talent!’”

It’s easy to get carried away at Cohen’s show.  But while “America’s Got Talent” is loud, dramatic and splashy, Cohen’s show, which he calls “Chamber Magic,” is small and intimate. Each performance accommodates an audience of 60, all of whom are expected to dress up — men don suits and ties, women wear cocktail dresses — and put away their phones while they watch Cohen’s slippery hands perform seemingly impossible acts, such as linking (and then unlinking) three diamond rings.

Audience members are expected to dress up
— men don suits and ties, women wear cocktail
dresses — and put away their phones.

“I could have anyone come into this room, whether it’s a celebrity or a guy off the street, whether it’s someone with a 10-figure net worth versus a regular person, and they’re going to enjoy this type of show,” he says proudly. Ticket sales appear to bear that out: “Chamber Magic” shows are consistently sold out.

In March, however, the 85-year-old Waldorf is closing for three years for renovations. Anbang Insurance Group, a Chinese company that purchased the historic hotel in 2014, plans to convert 70 percent of the rooms into condos. But the plans are not being accepted without a fight: The Waldorf’s exterior is a designated landmark, and Community Board 5’s Landmarks Committee is arguing for the hotel’s interiors to be designated historic landmarks as well. Nevertheless, Cohen will have to move his show to a new location temporarily. That location was not confirmed by press time, but Cohen said it will be an “iconic luxury hotel in Midtown Manhattan.”

Cohen started doing the show in a friend’s apartment, then moved to the National Arts Club in Gramercy Park and finally, in 2000, to the Waldorf. It is here, in the Lyndon B. Johnson Suite just down the hall from the presidential suite, that Cohen started to find real success. In this hotel, he has entertained the likes of Woody Allen, Microsoft co-founder Paul Allen, the Crown Prince of Saudi Arabia, the Queen of Morocco, Guillermo del Toro and many of the world’s most famous magicians.

Cohen’s long-term plan is to return to the Waldorf when the renovations are completed. “This has become my real home,” he says, noting that the staff here has become “family.” On the nights he performs (four or five times a week), Cohen stays in the suite, and sometimes his family joins him.

“There’s a bedroom over here,” he says gesturing to a door on the side of the living room. He grins, allowing himself to reveal just one of his many, many tricks. “After you leave, I take off my tuxedo and I put on my pajamas.”