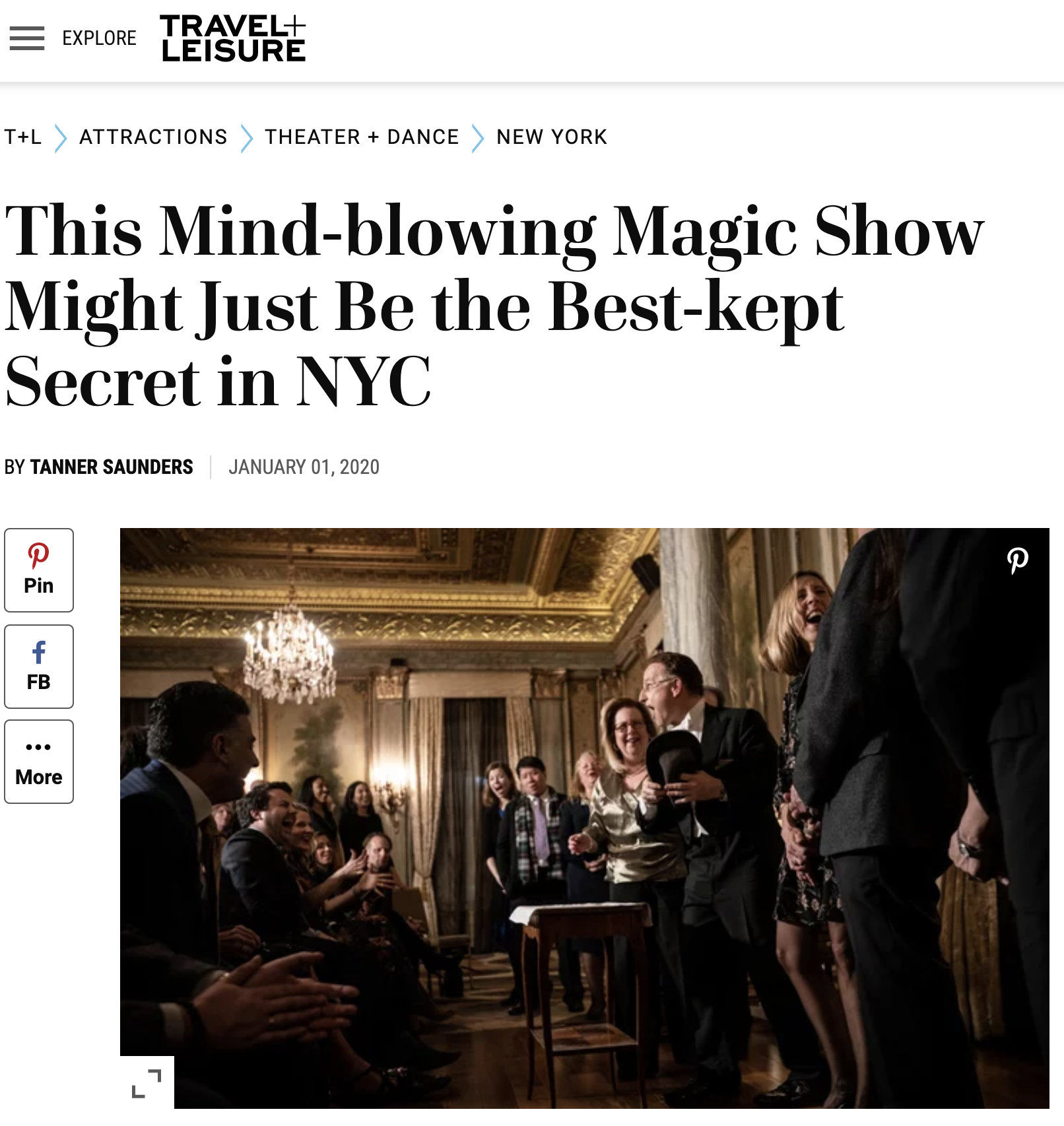 I’m a fan of spectacles, and New York City isn’t short of them. From over-the-top musicals on Broadway to interactive and immersive experiences, like Sleep No More, you’ll never be bored in the Big Apple. But if you’re looking for something a little different, unexpected, and a whole lot of fun, it’s time to head to the Lotte New York Palace for one of the best shows in town.

Known as “The Millionaires’ Magician,” Steve Cohen has performed his magnificent magic show around the world for celebrities and other influential people, including Warren Buffet, Stephen Sondheim, and some of the planet’s most notable royals. Now, the world-renowned magician is performing his “demonstration of modern conjuring” five times a week for those lucky enough to snag a ticket to the intimate show, which is hosted in the ultra-luxurious Madison Room at the Lotte New York Palace. 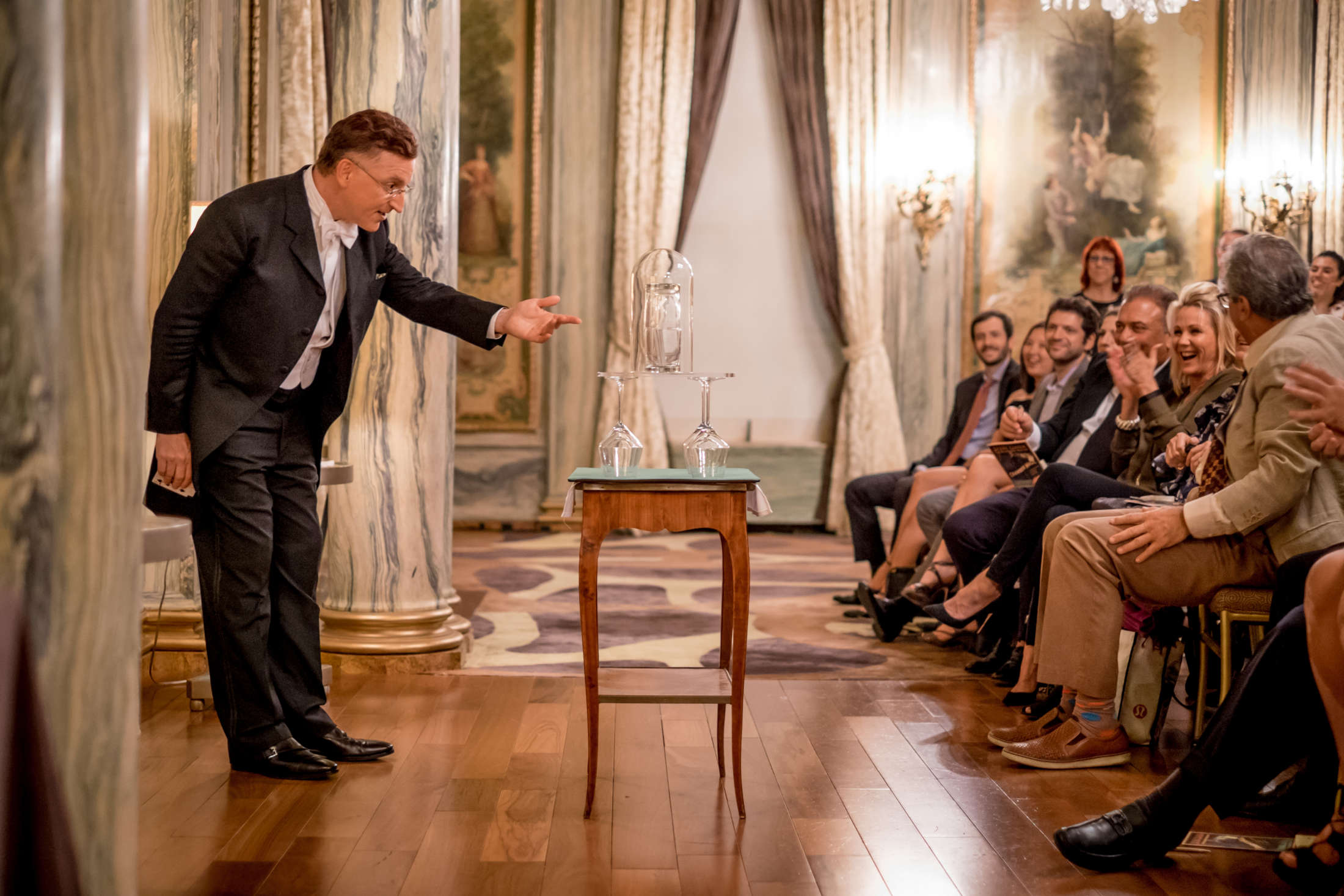 I had the chance to experience “Chamber Magic” firsthand, and to say I was blown away is an understatement. From the moment Cohen walked to the front of the ornate, gold-filled room featuring only a handful of seats, he masterfully captured the audience’s attention with a series of intricate, mind-blowing card tricks that left people gasping.

In an age where TV magicians attempt death-defying stunts and stand firmly on the “edgy” side of the spectrum, Cohen, dressed in a classic black tailcoat, bow tie, and spectacles, is the antithesis of Criss Angel; this show is old-school New York: simple, elegant, and completely refreshing. 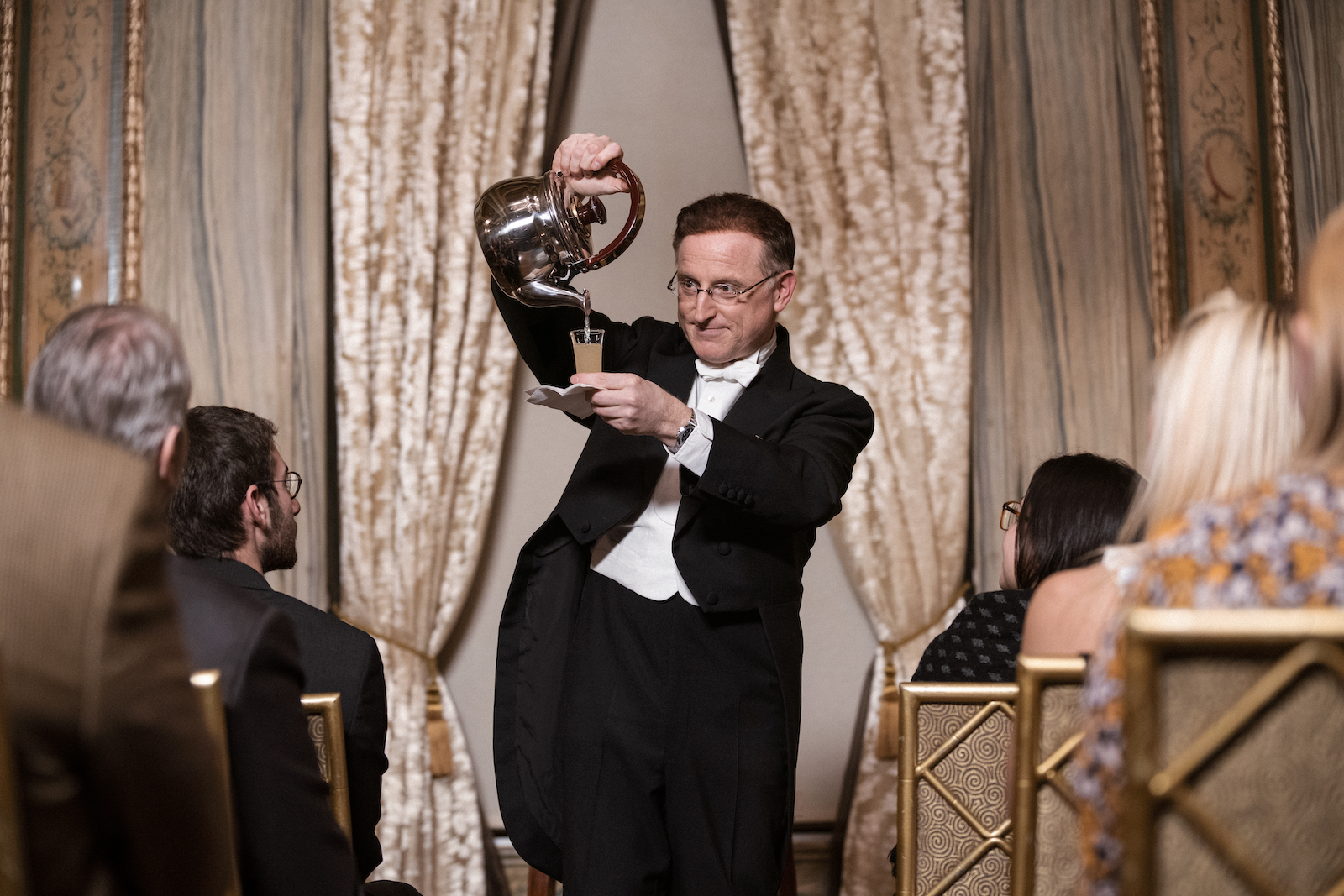 Think-a-Drink and Steve Cohen will pour it for you

Cohen invites guests to “witness miracles up close,” and that’s exactly what happened during my experience. Split into two parts, the show features roughly nine mesmerizing tricks. One maneuver, dubbed “Think-a-Drink,” had this masterful magician pouring different drinks as requested by the audience out of one single tea kettle and into cups for them to taste. “Red Merlot,” one person asked. This easy enough ask did not shock the group. But when the next person called for orange Gatorade, the vocal responses were anything but faint as a pumpkin-colored liquid poured out of the same kettle.

In another trick, Cohen asked the audience to write down something about themselves that no one could possibly know. This tiny slip of paper was then placed in a bowl that was always kept in sight. Without touching the folded slips, Cohen began asking a series of questions, zeroing in on each person until he was able to say what was written on the paper. My secret: I had a pit bull named Noodles when I was a kid. Cohen, who already had the audience shaking, looked at me and said, “Do you like ramen? Did you name your dog after ramen?” Well, no, but damn. Another secret revealed that an audience member had been hit in the head with a can of corn someone tossed over an aisle at the grocery store, while another had coincidentally been hit by an opossum.

I was a bit skeptical before “Chamber Magic,” because I thought I would be bored, unimpressed by card tricks and silver-dollar illusions. I was wrong. Now, I can’t stop telling friends and soon-to-be visitors to get tickets to what might actually be the best-kept secret in New York.

If you do decide to go, make it a grand NYC experience by booking a room at the Lotte New York Palace, one of Travel + Leisure’s top 15 hotels in New York City. Dress up (cocktail attire is required) and stop for a drink at the The Gold Room, the hotel’s immaculate bar, prior to the show. A beautiful double staircase makes for the perfect photo op before heading inside for the most impressive magic show you’ll ever see.