Stories From Around the World of Magic

Steve Cohen’s long-running Chamber Magic show reached a milestone 5,000th performance on October 6 at its new Manhattan residence, the opulent Lotte New York Palace. The finely tailored star says he doesn’t take his hard-earned longevity for granted. “When I launched the show in 2000, I visualized it would play continuously for 20 years,” he told “The Eye” recently. “If I could accomplish that in New York – the most competitive theater city in the world – I felt I’d be a success. Now in my 17th year, I don’t feel like I’m chasing ‘success.’ Instead, I’m constantly tweaking the show. I have the perfect showroom and a strong drive to continue developing powerful magic. Even after 5,000 shows, I feel I’m just getting started.”

We asked Cohen to tally up some numbers for his 5,000 performances, and the stats are slightly mind-boggling: 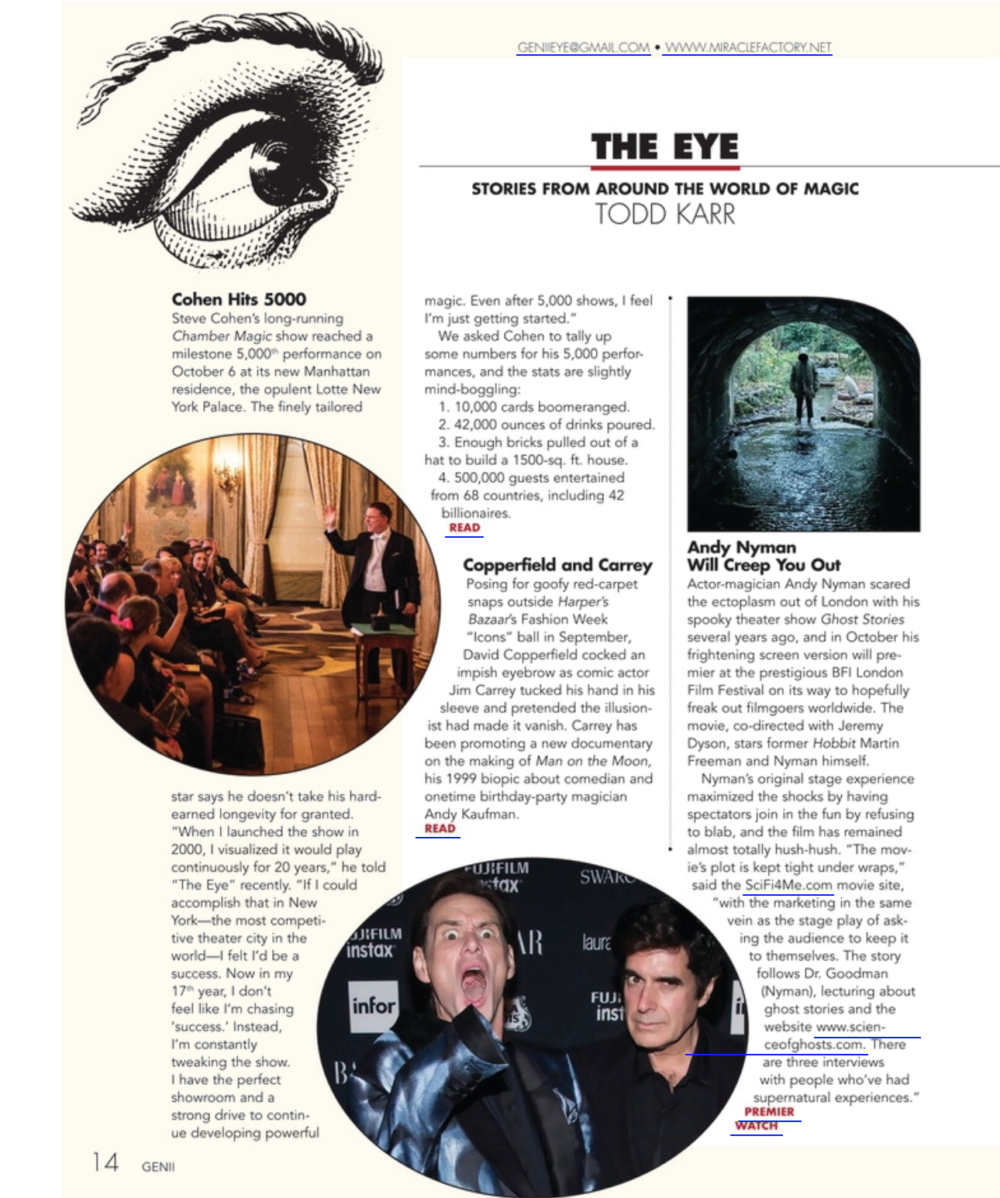