Theoretical physicist Brian Greene, author of The Elegant Universe, is a Columbia professor and leading proponent of string theory. Together with Tracy Day, he is the founder of the World Science Festival, held annually in New York City.

Last week Brian and I shared the stage in my Waldorf Astoria suite in a special evening of Science and Magic. Brian talked science for 30 minutes, and I performed an hour of Chamber Magic. It was a satisfying blend.

After the show, I was honored to receive an endorsement:

“The laws of physics seem to be suspended when Steve Cohen is in the room.” – Brian Greene 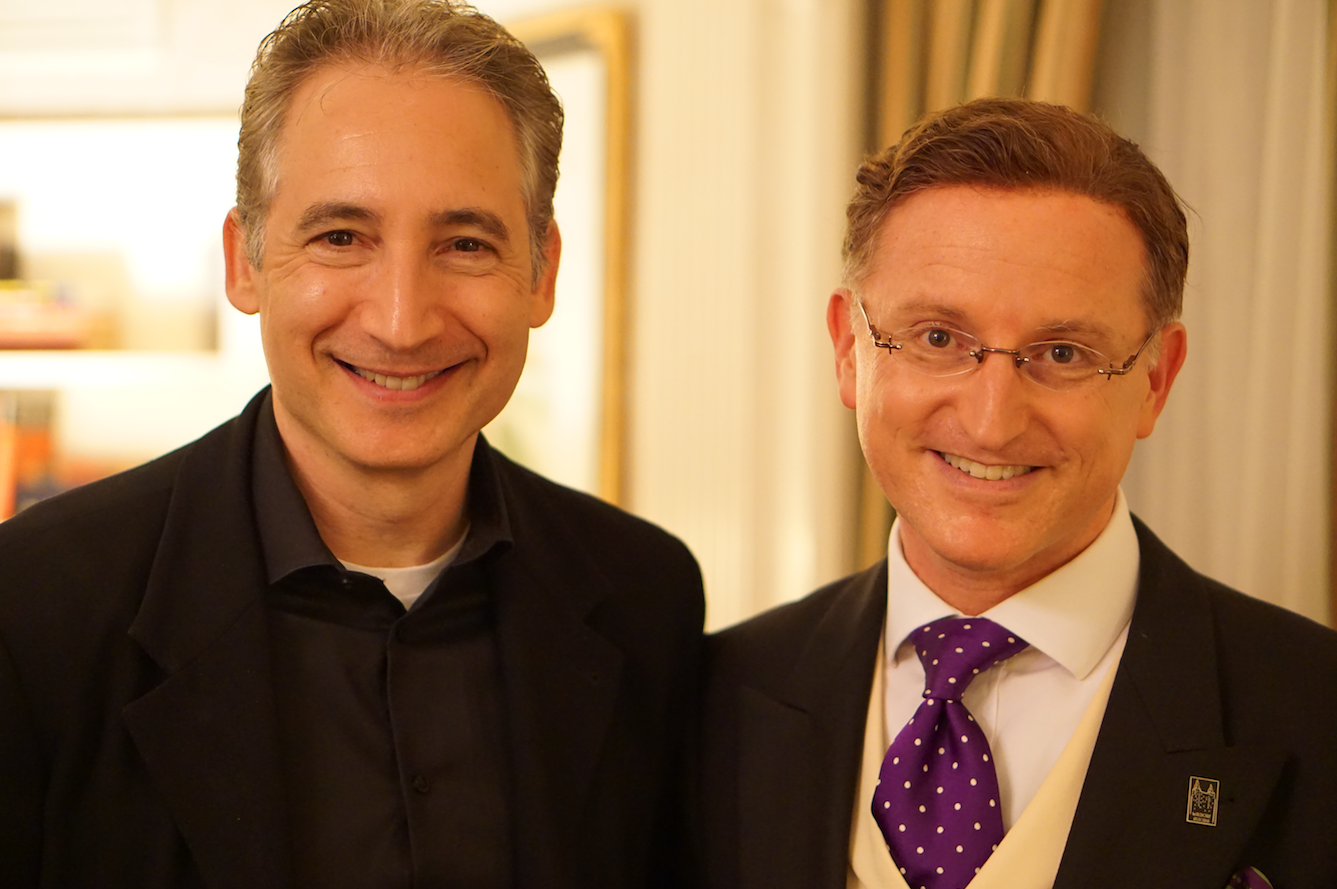 Why Science and Magic?

We have a number of climate change and national security experts in the room, so I am preaching to the already-converted.

But – as an anecdote – Richard and I were in Austria just 10 days ago for the association of space explorers annual meeting, and a fellow from the Austrian Academy of Science presented a Quantum Cryptography experiment they’re doing with China — a new form of non-hackable encrypted communication that will be critical for national security. And that was a good reminder that we have to elect leaders that will choose to understand and invest in fundamental science, if we don’t want to fall behind on critical matters like national security.

Eight years ago today, Richard was on the International Space Station to demonstrate magical levitations using microgravity, and the videos he brought back of this are entertaining, but easy to see through.

On the other hand, what Steve Cohen will present to you tonight are true wonders.

WONDER IS WHERE ALL SCIENCE STARTS.

Because wonder leads to exploration, which leads to answers and more questions, this is how we progress as a society and a species.

So to begin our journey in science and wonder, I’d like to ask Brian Greene to tell us about the state of our understanding of reality.