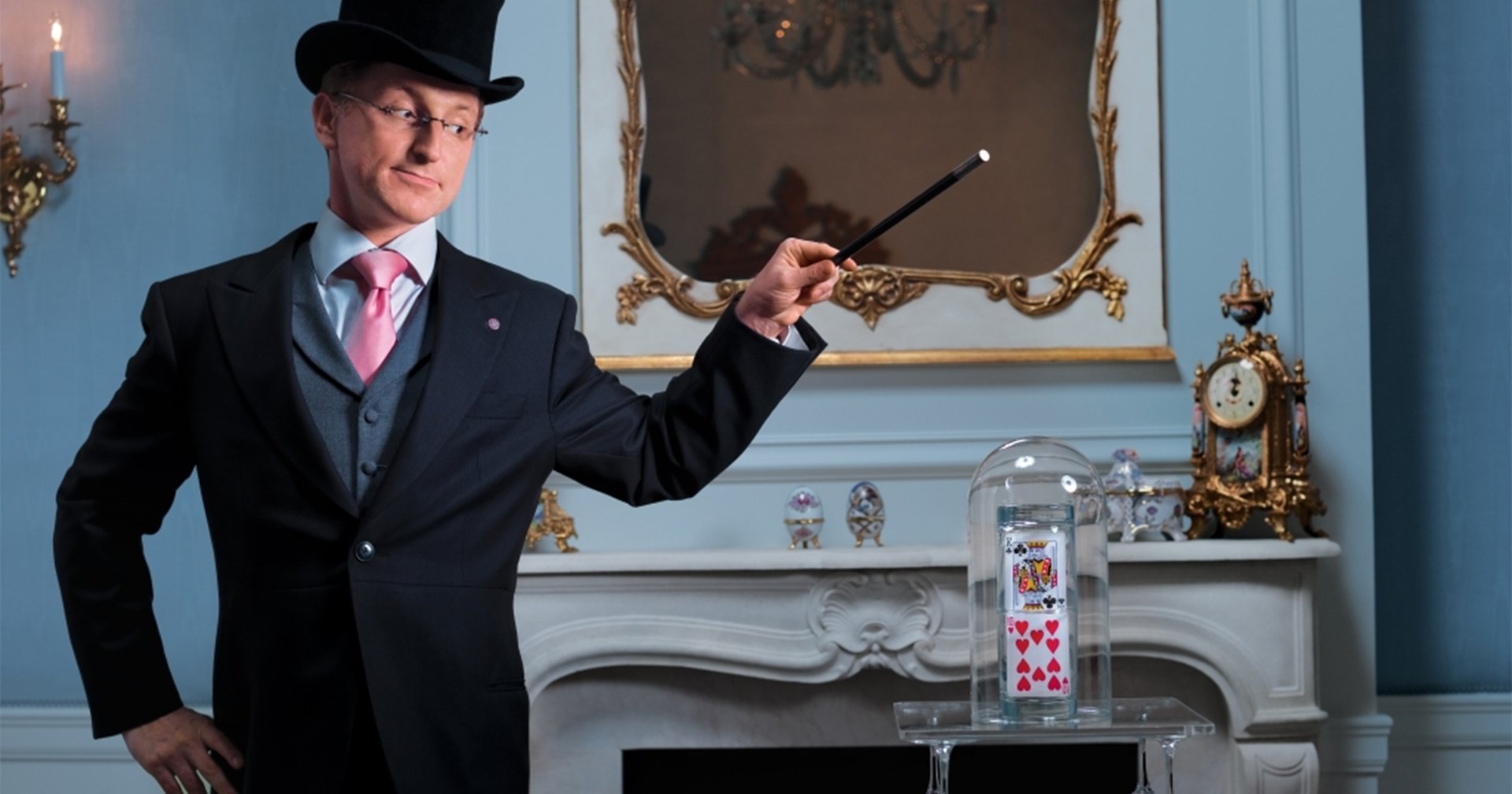 (Review originally published by Inside Hook)

There will be no rabbit pulled from a hat. No lady cut in half. Hell, there’s not even a marquee.

What there will be: you, in a suit, yelling, “How in the hell did he do that?!” in an intimate suite at the Lotte New York Palace Hotel.

This ain’t your nephew’s magic show.

And you can put us onto that list, too.

It’s one thing to make an elephant disappear. Still more impressive, the Statue of Liberty. But it’s quite another to have things like this happen two feet in front of you. Cohen turned martinis into Gatorade. He locked the audience’s wedding rings together by simply swirling them in an empty wine glass. But he’s no Copperfield or Criss Angel; he does intimate, old-fashioned parlor magic based on 19th-century European legerdemain.

And it’s a smash hit. Every Friday and Saturday for nearly two decades, Cohen’s upscale Chamber Magic has sold out its 50-seat performances. He does about 350 shows annually, some of them private affairs for Wall Street dons and foreign royalty.

But his mind-boggling sorcery extends beyond the quick switching of cards, coins and hats. He knew I swam with sharks a month ago, and that my left foot is half a size smaller than my right. He knew that when I was fifteen, a tornado blew my neighbor’s house into my front yard. Which is about the time our exclamations went from PG to WTF.

And no one escapes with all their wits in tact. Our recommend: Go. See. This. Show.

Just don’t ask him how he does it.